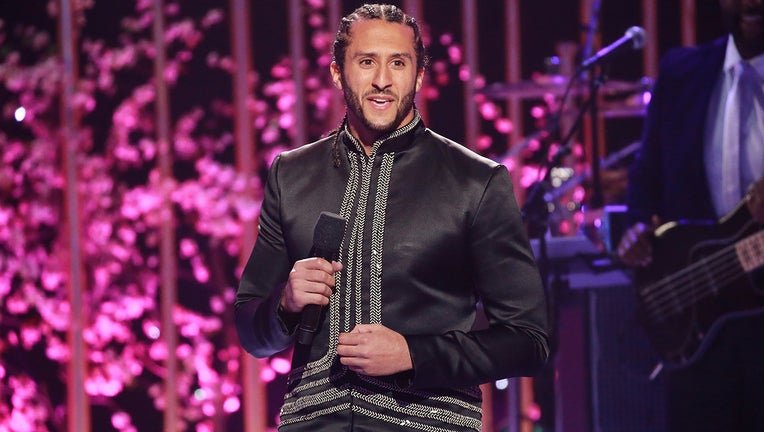 WEST HOLLYWOOD, Calif. (FOX 11) - Facing a public hearing and the threat of depositions for NFL owners and officials, the NFL has settled cases brought by Colin Kaepernick and Eric Reid.

The two cases were joined at an undisclosed point and both allege collusion by NFL owners to keep them off the field after kneeling during the National Anthem to protest police brutality.

A joint statement from the NFL and Mark Geragos, the two players' attorney, stated, "As a result of those discussions, the parties have decided to resolve the pending grievances. The resolution of this matter is subject to a confidentiality agreement so there will be no further comment by any party."

"I think that's a fantastic result. What he was doing made perfect sense to me," said 49ers fan Anthony Harris who supports Colin Kaepernick. "I just think that he was shining a spotlight on something that's a national problem, and for him to have been treated that way was an injustice."

"They wronged him," said Tom Ogden. He's also a 49ers fan but sees the settlement as a coverup. "When people settle, it tends to be because they want something to go away.

"The NFL would not have settled unless there was some evidence that showed collusion," said sports agent and attorney Leigh Steinberg, adding that the NFL would also want to avoid discovery at trial potentially exposing League secrets.

"The NFL does not want all the conversations between owners and coaches, all of the statements that might have been heavily scrutinized [going public]. And now they've done a deal that prevents that from ever happening," Steinberg said.

Still, some are critical of the move, like former NFL player Larry Johnson who told TMZ Sports he sees Kaepernick as a sellout. "He basically corrupted and deluded his message," Johnson said. "They knew they were colluding. They knew you had them on the ropes. And you basically gave them a way out."

Reid for the Carolina Panthers. The settlement doesn't preclude Kaepernick from playing again, either. In a statement, the NFL Players' Association said it hopes he'll get the chance to now.