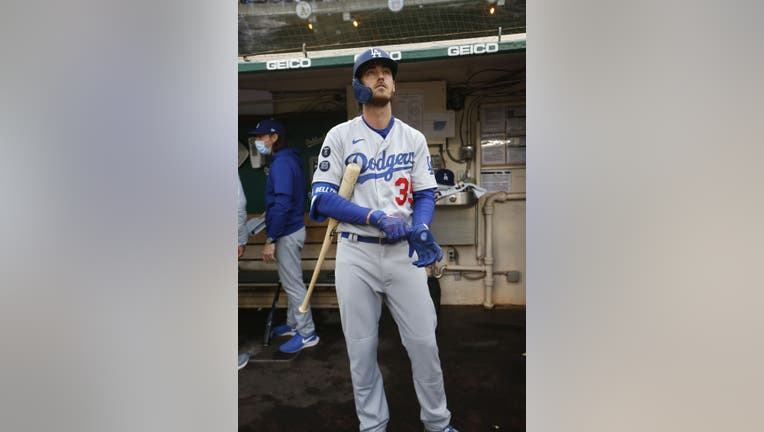 LOS ANGELES - Cody Bellinger is back in the lineup for the Los Angeles Dodgers with a new appreciation for the game.

Bellinger, the 2019 NL MVP, was out for nearly two months with a hairline fracture in his left leg. He had offseason shoulder surgery after the Dodgers won the World Series and said this has been the toughest stretch of his career.

"I'd say so. Honestly, I feel like I haven't been a part of the team this year," Bellinger said. "Spring training I was on my own schedule getting ready and, obviously, this happened. It's good to be back with the boys. It will be nice to not watch on TV. It will be nice to be in the games. I'm super excited."

Bellinger, who will play center field in both weekend games against the San Francisco Giants, said he was in group chats with his teammates and had some FaceTime calls while he rehabilitated in Arizona, his home state and where he makes his off season home. But it wasn't the same. He's been out since April 5, after just 19 at-bats. Bellinger feels his swing is in good shape because he's been swinging for all but two weeks of his recovery.

"All was good, man. I've been able to swing since two weeks from the injury," Bellinger said. "So, for me, personally, that part of it I wasn't too worried about it. I knew, once my body feels good from consecutive games, I was ready to roll."

The return to the clubhouse came with a new locker mate, Albert Pujols. The Angels released Pujols earlier this month, and the Dodgers signed him to a major league contract.

"Albert Pujols is amazing, man. I've heard nothing but unbelievable things, Bellinger said. "I knew that playing against him and now part of the team. I was lucky enough to be locker mates next to him. I know I'll take full advantage of being next to a future Hall of Famer and try to learn from him as much as I can."

Bellinger could only watch games as the Dodgers struggled through a 5-15 stretch, but they're now playing well, having won 13 of their past 16 games.

"It was weird man, but every year I've been in the big leagues there's always a stretch where you just lose. It's baseball," Bellinger said. "I know watching, (it was like) `Oh, one of those stretches.' I don't know how it was up here. From what I was told, the vibes have always been great. The team has been winning and I hope I can contribute to that."

Much better than being relegated to watching his teammates play from his home in Arizona. 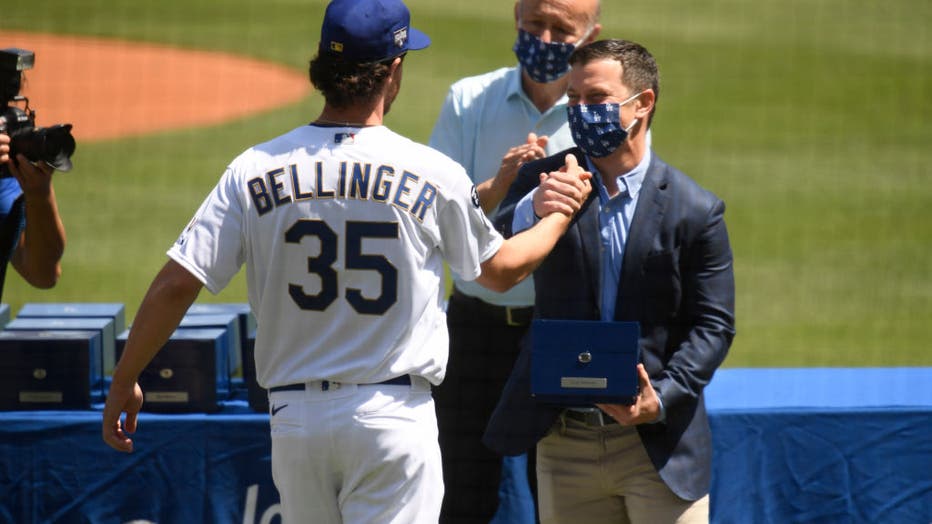 "The game of baseball on TV looks so easy," Bellinger said. "Then you get into the box and you're playing and it's a completely different game -- you see frustration of the fans. It's funny being on that side of it. I haven't been on that side of it. I'm pretty mellow during the games, man. It's definitely not fun watching from your couch. That's what I had to do to feel like I was involved."Bellinger batted .305 with 47 homers during his MVP season, but during Los Angeles' 2020 title run he batted just .239 with 12 homers in a pandemic-shortened regular season.

In five rehab games with Triple-A Oklahoma City, Bellinger was 4 for 20 with two home runs, 3 RBIs and one walk, and he struck out four times.