A rescue effort is underway after a man fell off the Catalina Express off the coast of Long Beach.

LONG BEACH, Calif. - The U.S. Coast Guard announced it has called off the search for a man who fell off the Catalina Express off the coast of Long Beach after a search that went over 24 hours late Friday night.

The announcement comes as the Coast Guard took over the search on Friday morning after Los Angeles County lifeguards searched for the man off the coast of Long Beach until 11 p.m. Thursday without locating him.

Crews responded to a jet incident just south of the Port of Long Beach around 6 p.m. Thursday after a man fell off the boat, the Los Angeles County Fire Department confirmed to FOX 11.

SkyFOX was over the scene where multiple boats were spotted searching for the missing man. 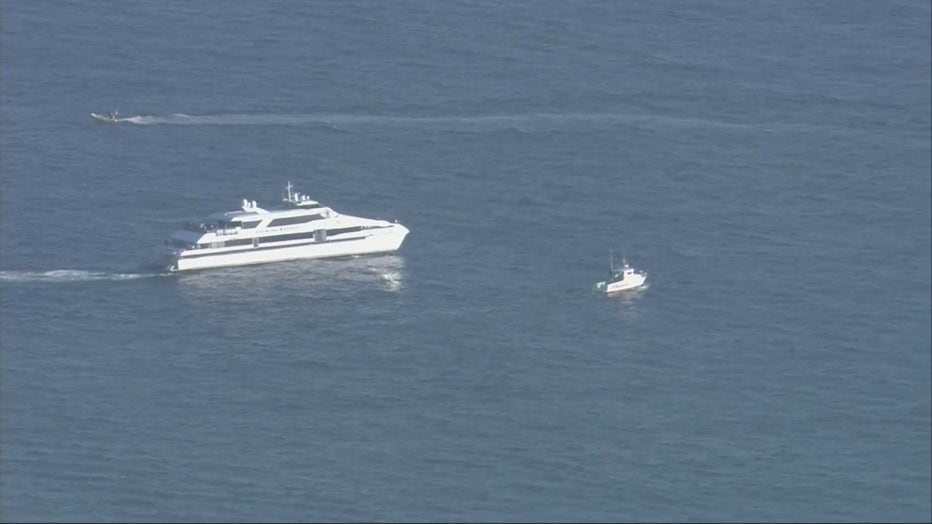 According to Relevance PR, the public relations firm representing Catalina Express, the boat's captain was alerted about a man falling off the boat about three miles off the Long Beach backwater. The vessel turned around to search for the man, along with members of the U.S. Coast Guard, Bay Watch and the Long Beach Fire Department, an official said in a press release.

The vessel returned to Long Beach where the remaining passengers will board a different Catalina Express vessel, which will take them to the original destination in Avalon.

Officials did not say what prompted the man to fall off the boat.