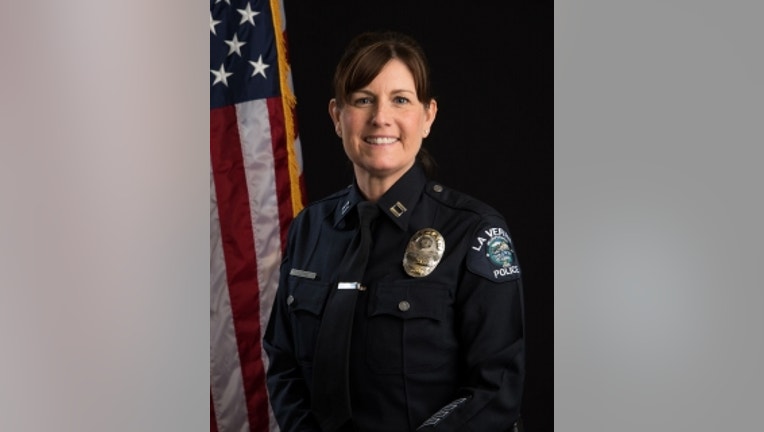 LA VERNE, Calif. - Last week, the City of La Verne made history when it appointed its first female police chief in the department's 114-year history.

The council is expected to formalize that announcement at their September 8 meeting where they will approve the terms of that agreement.

Although Chief Paz has not indicated a timeline for his retirement, identifying Captain Flores as the next chief of police removes doubt about the leadership and future of LVPD, City Manager Bob Russi said in a statement Thursday.

“With Captain Flores’ arrival three years ago, the La Verne Police Department gained someone with all the leadership qualities desired and sought after in a police executive,” said Paz. “I am confident that upon my retirement sometime in the coming years that Captain Flores is prepared to carry the department into the future and will continue to lead it in the right direction.”

Once appointed, Flores will be the city’s first female chief of police. In 2018, Flores was the first female police officer to be appointed Captain within the LVPD. Her extensive experience and leadership qualities have allowed her to rise to the top of the La Verne Police Department, Russi said.

As captain, Flores has been responsible for many departmental programs such as Uniformed Patrol Division, the Traffic Enforcement Bureau, Reserve Forces Bureau, Training Bureau and the Foothill Special Enforcement Team (FSET).

“Captain Flores’ appointment as Chief Designee ensures that her community-focused mindset and superior skillsets remain part of the cultural fabric of our La Verne Police Department,” said Mayor Tim Hepburn. “The Council and I were thrilled to support this truly noteworthy personnel action.”

During her career, Flores pursued a bachelor’s degree in business management from the University of Phoenix as well as a master’s degree in organizational leadership from Woodbury University.

Flores also completed Peace Officer Standards and Training (POST) with Command College in 2018, which is a selective program in which only 24 candidates across California are chosen to participate. The curriculum focused on making adaptive decisions and finding solutions to future issues that will be faced in law enforcement, such as the threat of drones and the impact that self-driving cars will have on highway patrol.

“I am honored to have been selected to lead the La Verne Police Department after Chief Paz,” said Flores. “Chief Paz has worked hard to forge beneficial relationships between the department and the La Verne community, and I hope to continue Chief Paz’s vision and legacy as chief in the future.”