Plummer passed away peacefully at his home in Connecticut alongside his wife, Elaine Taylor, his family confirmed. His manager, Lou Pitt, also confirmed his death in a statement shared with Fox News.

Hollywood lost another pioneering star of film and stage Friday. Christopher Plummer, perhaps most known for his starring role as Captain von Trapp in the "Sound of Music," died at 91.

Plummer enjoyed varied roles ranging from the film "The Girl With the Dragon Tattoo," to the voice of the villain in Pixar’s "Up," a canny lawyer in Broadway’s "Inherit the Wind" and more recently, playing Harlan Thrombey in "Knives Out," a mystery novelist who is suspiciously murdered, leaving his family to figure out what happened.

Plummer had a remarkable film renaissance late in life, which began with his acclaimed performance as Mike Wallace in Michael Mann’s 1999 film "The Insider," and continued in films such 2001’s "A Beautiful Mind" and 2009′s "The Last Station," in which he played a deteriorating Tolstoy and was nominated for an Oscar. 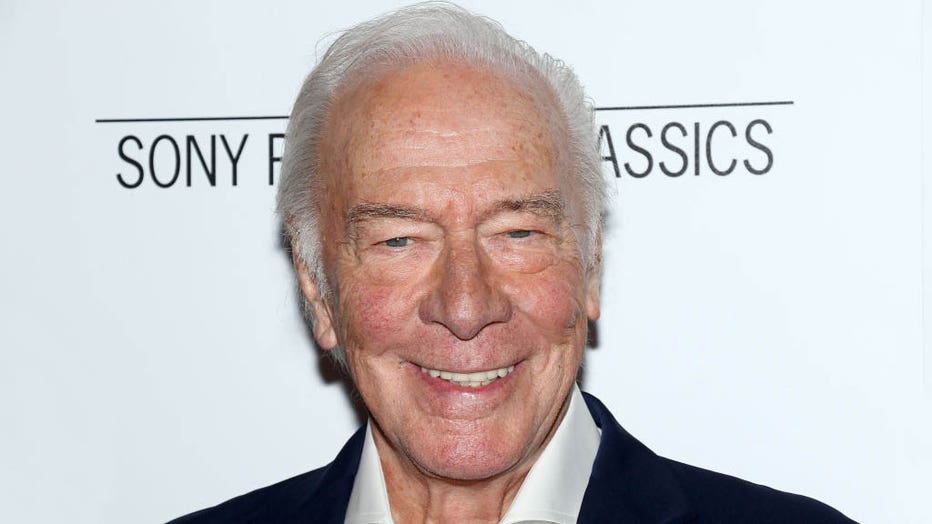 Several films featuring Plummer are free to stream on Tubi, including "Barrymore," which was a movie adapted from his Tony Award-winning one-man show.

Barrymore (2011) - "As actor John Barrymore struggles with the ravages of his life of excess, he rehearses in hopes of reviving his 1920 Broadway triumph in Richard III."

The Life of Jesus (2003) - "The life of Jesus is recounted from the perspective of one of his apostles, according to the Gospel of John, and narrated by Christopher Plummer."

The Scarlet and the Black (1983) - "The true story of a Vatican official depicts his bravery, as he defies a Nazi colonel by hiding downed WW2 pilots and escaped POWs in occupied Rome."

Aces High (1976) - "A naïve young officer straight from school arrives on the Western front to fight the air war against the Germans. However, the life expectancy of green pilots is not very good."

Conduct Unbecoming (1975) - "The British Regimental party in Colonial India is shaken when a woman is assaulted, and accuses a newly arrived junior Lieutenant."

Starcrash (1979) - "While running from the authorities, a pair of smugglers are recruited by The Emperor to rescue his missing son while they track down a mysterious super weapon designed by an evil Count. Their wild adventure takes them through time and space as they battle giant robots, cavemen and amazons."

Hanover Street (1979) - "A love triangle forms during the tension of World War II as an American pilot falls in love with a British secret agent’s wife, an English nurse."

Conspiracy of Fear (1996) - "After the tragic death of his father, Chris finds himself hunted down by the CIA. He must uncover his dad’s dark secret before it's too late."

Royal Hunt of the Sun (1969) - "With only 167 men, a Spanish conquistador’s expedition into the Inca Empire in 1532 leads to his conquering the land of 12 million Incas for Spain."

Crackerjack (1994) - "A maverick cop with an itchy trigger finger vacations at a mountain resort and must come to the rescue when it is besieged by violent criminals."

RiffTrax: Firehead (2013) - "The hilarious trio takes on this story of a Russian cyborg who shoots lasers out of his eyes, starring Christopher Plummer and Martin Landau."

Christopher Plummer: A Man for All Stages (2001) - "Christopher Plummer has played a thousand parts - from Shakespeare to Broadway, from radio to television to Hollywood. But beneath that elegant stage presence lies the restless heart of a risk-taker. Don't miss this engaging biography that explores the many stages of Christopher Plummer's extraordinary life."

Being Different (1981) - "Veteran actor Christopher Plummer narrates a raw and heartfelt look at the unique lives of people born with rare physical differences."

Pixies (2015) - "After Joe loses his love to a Pixie curse, he must unlock the secrets of the Pixies and make amends for his past actions in order to get her back."

The Legend of Sarilla (2013) - "When their clan has a score to settle with the spirit world, three young Inuits set off in search of a promised land to save them from starvation."

Howard Lovecraft and the Frozen Kingdom (2016) - "After visiting his father in the sanitarium, young Lovecraft accidentally opens a portal to a frozen world, full of strange creatures new adventures."

Madeline: Lost in Paris (1999) - "Feature-length tale featuring the iconic children’s book character Madeline, who meets a long-lost uncle but finds herself being placed into a scheme."

Madeline: Original Series (1989-1992) - "Based on the classic children's books, this award-winning series follows the adventures little redheaded Madeline has with pals and teachers in Paris."

Howard Lovecraft and the Kingdom of Madness (2018) - "Lovecraft leads his father, Winfield, Uncle Randolph, and a university professor on an expedition to Antarctica, to prevent the awakening of Cthulhu."

The Clown at Midnight (1999) - "Restoring the original beauty of an opera house unleashes a killer entity when a clown starts murdering the workers locked in the theatre."

Nosferatu in Venice (1988) - "A vampire scholar gets more research than he bargained for when he travels to Venice to investigate the last known appearance of the famous Nosferatu."