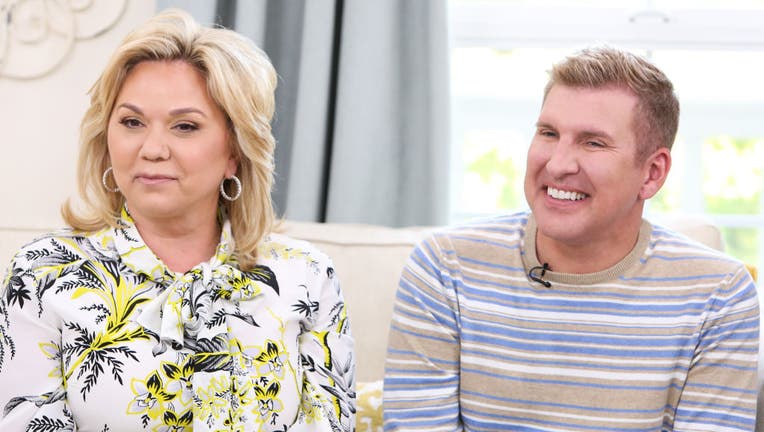 Julie Chrisley revealed she was "living in fear" leading up to her and husband Todd's sentencing.

Todd and Julie Chrisley were sentenced to a combined 19 years in prison on Nov. 21 after being convicted of bank fraud and tax evasion in June.

Todd and Julie were sentenced to 12 and 7 years in prison, respectively, and will both spend 16 months on probation after their release.

'CHRISLEY KNOWS BEST' STARS JULIE AND TODD CHRISLEY: WHAT TO KNOW ABOUT THE REALITY TV COUPLE AND THEIR FAMILY

During an episode of their podcast, "Chrisley Confessions" -- that was recorded ahead of their sentencing and aired Wednesday – Julie spoke out about their situation.

"I know in my heart that I am a Christian, I believe God, I believe that God can work miracles, I believe that He will take care of my family, that if I died today, I know where I'm going. But I still have this fear," Julie told her fans.

"Everyone knows that we're living through a nightmare… I have been focused on not living in fear."

THE CHRISLEYS RESPOND AFTER BEING ‘UNFAIRLY TARGETED’ IN TAX EVASION CASE

Julie continued to share with her listeners an acronym she learned about fear – "false evidence of appearing real."

She added that fear is a feeling she "struggles so hard with."

The "Chrisley Knows Best" star was attempting to look on the brighter side of things while noting she’s thankful that she and Todd have each other during tumultuous times.

"I'm grateful that our relationship has grown instead of falling apart," Julie confessed.

After their sentencing, the couple's attorney told Fox News Digital it "was a difficult day for the Chrisley family. But Todd and Julie are people of faith, and that faith gives them strength as they appeal their convictions. Their trial was marred by serious and repeated errors, including the government lying to jurors about what taxes the couple paid. Based on these issues, we are optimistic about the road ahead."

Prosecutors claim that the reality stars secured over $30 million in fraudulent loans.

Fox News' Tracy Wright and Caroline Thayer contributed to this report. Read more of this story on FOX News.