Comedian and actor Chris Rock dressed in all white kicked off his Wednesday night show after a thunderous three-minute standing ovation at his first standup show since Will Smith slapped his face at the Oscars Sunday night.

"How was your weekend?" Rock asked the sold-out crowd at the Wilbur, a theater of 1,200 seats in South Boston. "I had a whole list of jokes before this week happened."

The Academy of Motion Pictures Arts and Sciences on Wednesday said that Will Smith was asked to leave Sunday's Oscar ceremony after hitting Chris Rock but refused to do so.

Since the shocking incident at the Oscars, sales for "Chris Rock Ego Death World Tour 2022" have skyrocketed, soaring to over $1000 per ticket. Meanwhile, the sold-out shows saw tickets reselling for more than $800. 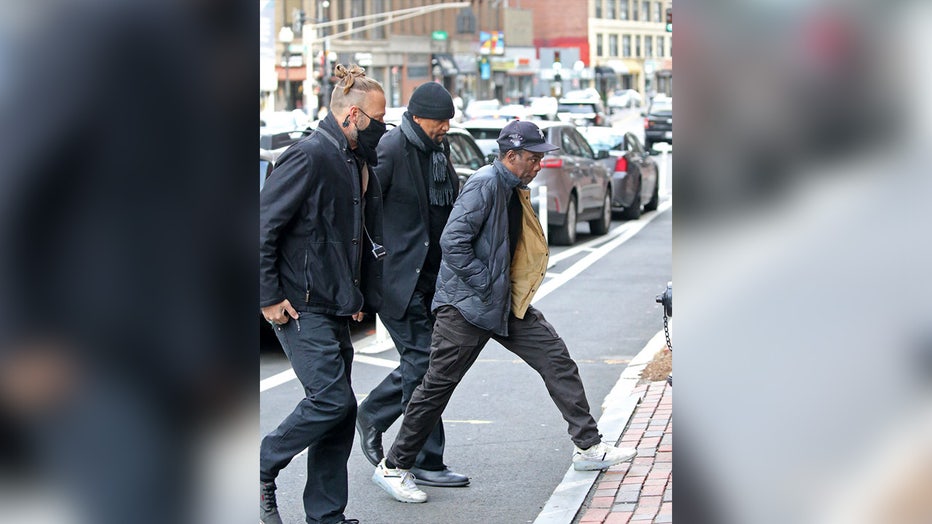 Wednesday night marks the first time Rock spoke publicly on the issue. Rock told the crowd that, he was "still kind of processing what happened" that night.

"The Men in Black" star was not happy with the comedian’s remark that Jada’s shaved haircut was reminiscent of famous film character G.I Jane. Since 2018, Jada Pinkett Smith has openly suffered with the hair loss condition alopecia.

"Jada, ‘GI Jane 2,’ I can’t wait to see it," Rock said on stage in front of the Oscars audience. Pinkett Smith seemed visibly annoyed, rolling her eyes at the comment.

Her husband shot up on stage and open-palm slapped Rock in the face before returning to his seat.

Rubbing his slapped cheek, a shocked Rock said, "Wow, Will Smith just smacked the s--- out of me." Will then returned to his front row seat and shouted "Keep my wife’s name out of your f---ing mouth."

Fifteen minutes after the altercation, Smith apologized to the Academy and his fellow stars while accepting his award for best cctor for his role in the movie "King Richard." The award-winning movie tells the tale of Serena and Venus Williams and the tennis stars’ upbringing.

"Richard Williams was a fierce defender of his family," Smith continued. "In this time in my life, in this moment, I am overwhelmed by what God is calling on me to do."

He added that "Love makes you do crazy things," seemingly offering an explanation as to why he slapped Rock — whom he stopped short of apologizing to directly until the next day.

Hours after he was spotted partying with his Oscar trophy and singing along to his own music, Smith shared a post to Instagram saying, "I would like to publicly apologize to you, Chris."

"I was out of line, and I was wrong," he wrote. "I’m embarrassed and my actions were not indicative of the man I want to be. There is no place for violence in a world of love and kindness."

Smith described his behavior as "unacceptable" and "inexcusable". He added that he "reacted emotionally" to the joke about his wife’s medical condition.

The Academy released a statement shortly after the incident occurred. While they did not mention the actor in their response, they shared that they do not "condone violence of any form".

Unlike the initial response, the second statement mentioned Smith by name.

"The Academy condemns the actions of Mr Smith at last night’s show," it read. "We have officially started a formal review around the incident and will explore further action and consequences in accordance with our Bylaws, Standards of Conduct and California law."

On Wednesday, the Academy said it has launched "disciplinary proceedings" against Smith and also claimed they asked him to leave but he refused.