The three CHP officers are expected to survive.

DOWNEY, Calif. - A woman suspected of driving under the influence was arrested after a fiery crash on the 105 Freeway left three California Highway Patrol officers and one civilian injured in Downey early Thursday morning, authorities said.

Just after midnight, CHP officers were responding to a single-vehicle crash on the eastbound side of the freeway just west of Lakewood Boulevard. Arriving officers were unable to move the disabled vehicle and set up a flare pattern that shut down the carpool lane and #1 lane.

CHP officials said after the suspect's car hit the patrol vehicle, it veered to the right and struck another vehicle. 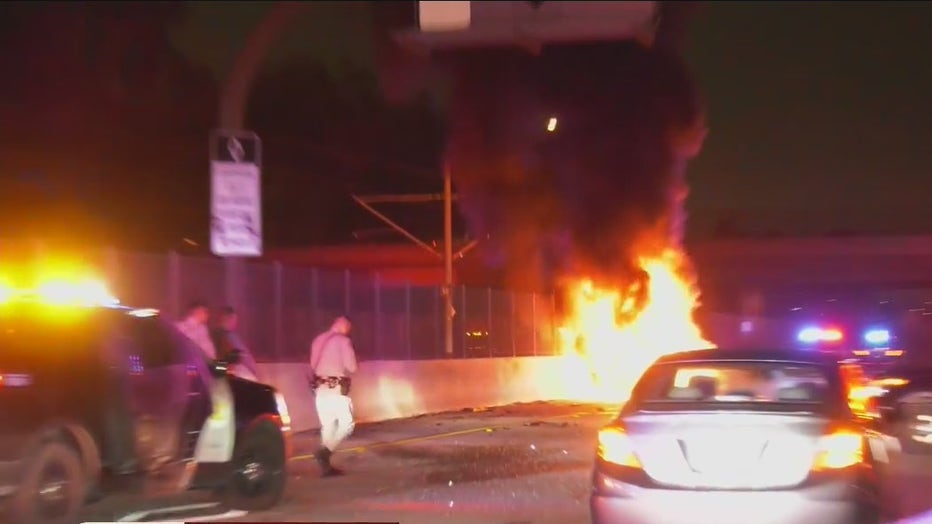 "I applaud those good Samaritans for their courage to step up and then come in and help our officer get out of the car that was fully engulfed. Kudos to them," said CHP Officer Kevin Tao.

The three officers were taken to area hospitals with moderate to major injuries. Their names have not been released.

One of the officers was so critically injured, that other officers at the scene did not wait for an ambulance to arrive and loaded him into a patrol car and rushed him to St. Francis Medical Center in Lynwood. Medical staff said he was in extreme pain and was being evaluated for fractures and may require surgery.

The suspect, identified as 41-year-old Lakia Jackson, was taken into custody. 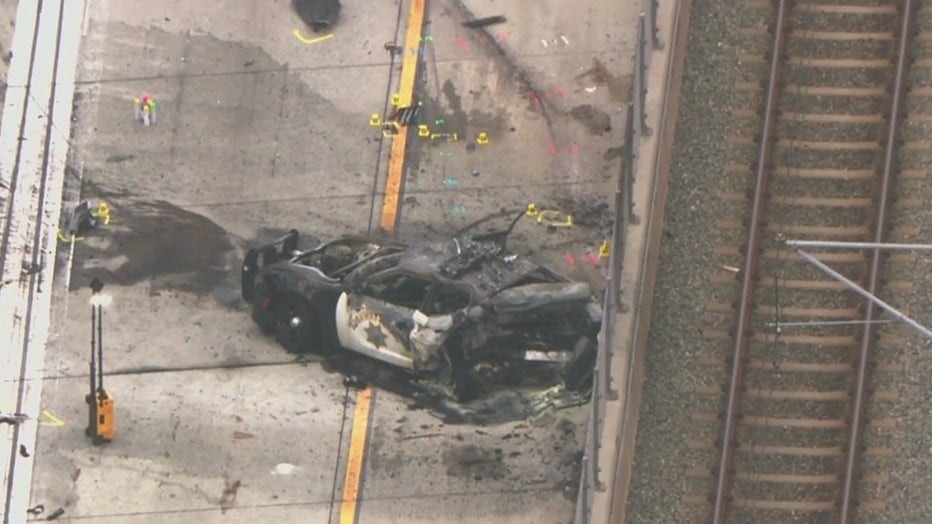 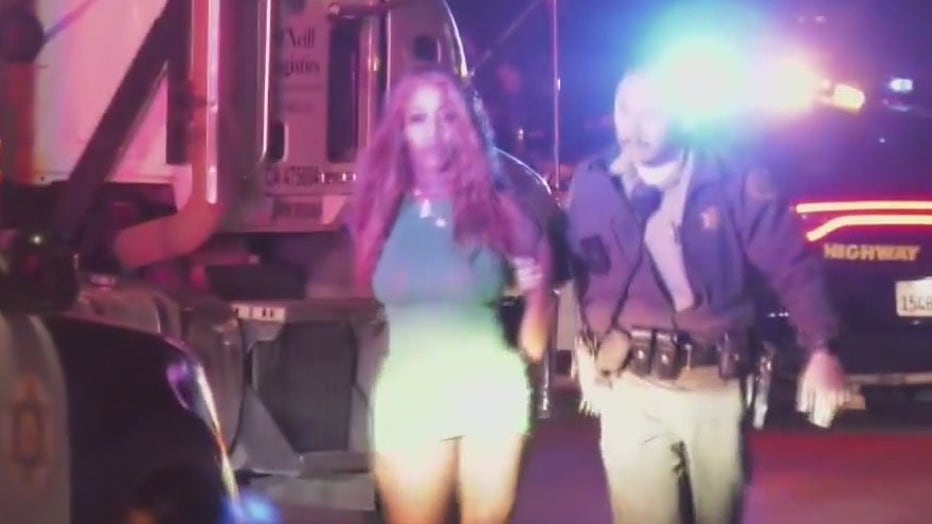 Witnesses said they saw the woman speeding prior to the crash. Jackson is expected to be booked for driving under the influence, CHP officials said.