RANCHO CUCAMONGA , Calif. - A 19-year-old man has been charged in connection to the stabbing death of an 8-year-old girl and her mother.

Jia Jia, 44, and her daughter, Ruby Meng, were found stabbed to death inside their Rancho Cucamonga home on Sunday, March 7 in the 6800 block of Bergano Place.

"Why did he do it, what could be the motive?" said a puzzled sheriff spokesperson.

Investigators say Wright was seen on surveillance video calmly walking out of the home, which he supposedly snuck into through an unlocked sliding glass door in the middle of the night.

Wright allegedly stabbed the girl and her mother while they slept together. Officials say he also attacked their aunt who was on a bed nearby. That woman’s screams alerted the rest of the family, the girl’s father and another aunt, before the suspect left. The injured woman is recuperating from severe injuries and is still in utter shock.

A small vigil was created at Ruby’s school, Carleton P. Lightfoot Elementary School. Drawings and toys filled the area. Many say she was a sweet, beautiful, and studious child. A talented pianist and the only child in the tightly-knit family. 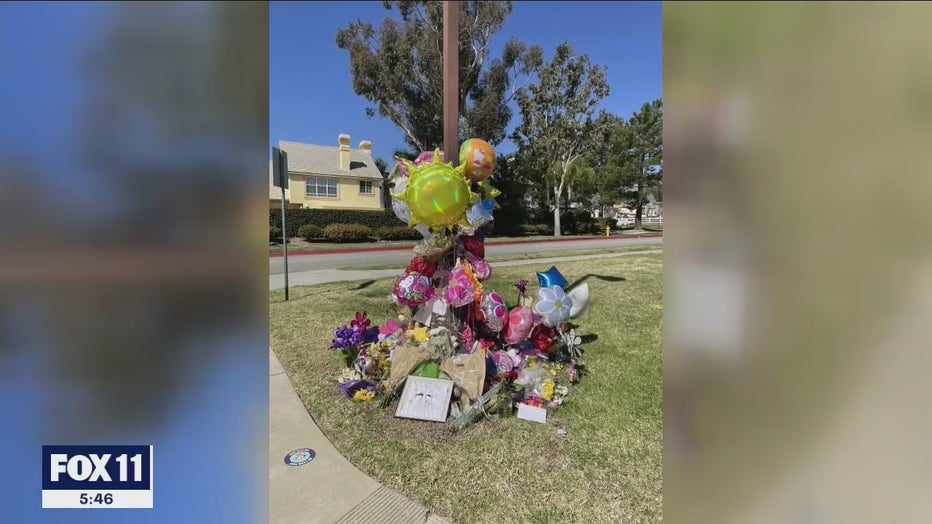 Investigators say the fact that the victim family is of Chinese descent has nothing to do with the motive and it is not being investigating as a hate crime. The FBI is involved with the investigation. Off camera, those who say they know the suspect say he is an avid gamer. He has no criminal record that investigators know of and no prior contact or connection to the family.

The deadly stabbing has scared many in the neighborhood and left residents wondering why.

If anyone knows anything that can help investigators you are urged to contact San Bernardino County Sheriff’s Office. You can contact Detective Malcolm Page, Specialized Investigations Division – Homicide Detail at 909-387-3589. Callers can remain anonymous and contact WeTip at 800-78CRIME or online at www.wetip.com.