Number of tenants behind on rent doubled during COVID-19 pandemic

The COVID-19 pandemic has wreaked havoc on the housing rental market.

The COVID-19 pandemic has left nearly no American untouched, but it disproportionally hit Black Americans, according to the U.S. Census Bureau.

According to data collected by the Census Bureau, Black adults had higher rates of economic and mental hardships than White adults. In January 2021, researchers asked Black and White Americans about housing, debt food insufficiency and mental health.

The answers returned by Black Americans painted a gloomier picture of their pandemic lives, faring worst than White Americans in every category.

RELATED: African Americans at higher risk of dying from COVID-19

Black adults in households where someone had lost employment in the pandemic were more likely than White adults to express uncertainty about their ability to pay for housing. They were also more likely to have taken on debt to fund household expenses like rent, gas and food.

Researchers found Black adults 11.1% more likely than White adults to say they sometimes do not have enough to eat.

The Census Bureau found common ground in terms of mental health. Thirty percent of all adults reported feeling anxious or worried more than half the time — including 30% of Black adults and 30% of White adults. 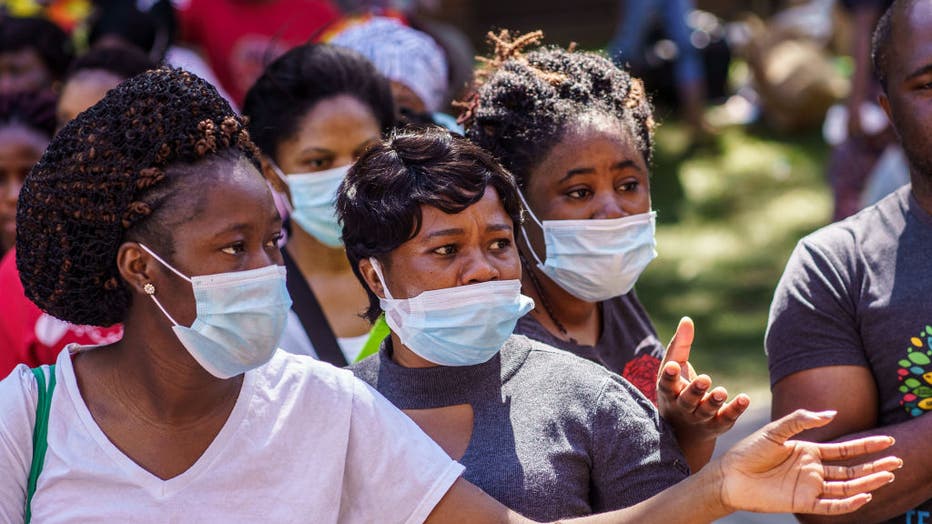 People line up for food at Holy Trinity English Lutheran Church on June 5, 2020 in Minneapolis, Minnesota, following the destruction caused during violent demonstrations triggered by the death of George Floyd. - On May 25, 2020, Floyd, a 46-year-old

According to the U.S. Centers for Disease Control and Prevention, 8.2% of all adults had symptoms of anxiety disorder in the first half of 2019.

Even so, when the bureau controlled for said pre-pandemic societal disadvantages Black people face, it found anxiety was more prevalent in Black households than White households.

RELATED: Poll: One-third of African Americans say someone close to them has died of COVID-19

With that in mind, they distinguished between pre-pandemic disadvantaged and the disadvantages brought on by the pandemic by analyzing data from the Bureau of Labor Statistics. And they used statistical modeling to isolate trends and produce results that accounted for pre-pandemic factors.