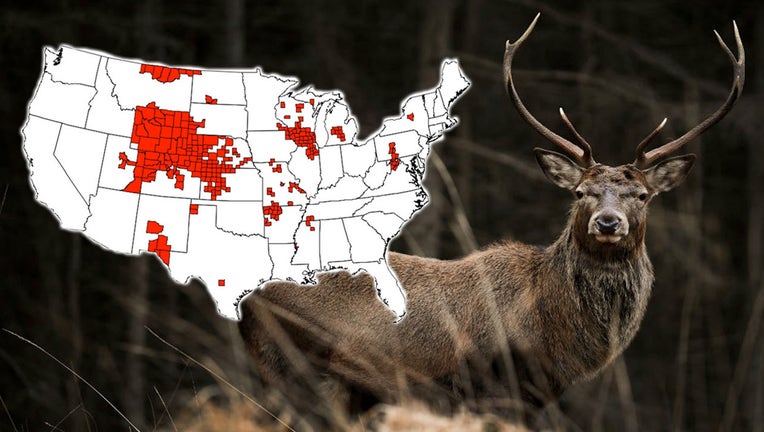 (FOX 46 CHARLOTTE) - The Center for Disease Control has issued a warning about a deadly disease that is spreading across the United States. Chronic Wasting Disease, also known as 'zombie deer disease,' is an illness that infects the brain, spine, and tissue of elk, moose and deer.

According to the CDC, the deadly disease starts by infecting the brain and is passed through contact with contaminated body fluids and tissue.

Symptoms include emaciation from forgetting to eat, stumbling, aggression, lack of fear of people, excessive thirst or urination, and excessive drooling. There are no treatments or vaccines for CWD, and the disease is fatal, the CDC said.

The CDC raised the alarm about the potential for CWD to infect humans, after a July 2017 study showed monkeys who ate infected deer meat contracted the deadly disease.

There is no known case of CWD in a human.

The CDC is, however, continuing to warn the public to test their venison or elk meat for CWD before eating it from areas with documented infections. For more information, please click here.