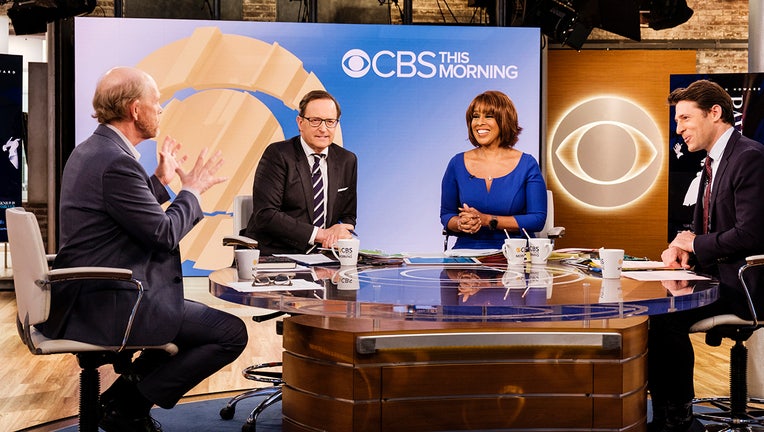 NEW YORK - CBS News shut down its New York City headquarters for cleaning and disinfecting on Wednesday after two of its employees tested positive for coronavirus.

Employees will be asked to work remotely for the next two days and broadcasts moved to accommodate the cleaning, the network said. For instance, “CBS This Morning” will originate out of Washington on Thursday and Friday while the New York offices are cleaned.

People who came in contact with the sick employees will be asked to self-quarantine for the next two weeks, CBS News President Susan Zirinsky said in a memo to staff.

“At this point, we anticipate the offices will be open Monday,” Zirinsky wrote.

CBS has two separate offices located across 57th Street on the West Side of Manhattan, one primarily housing the staff of “60 Minutes.” Complicating the issue for the network is that the two infected workers were stationed in different buildings. The network released no details on how the staff members were infected.

Meanwhile, The Associated Press and NBC News on Wednesday announced work-at-home plans as concerns about the global pandemic grew.

The AP will allow employees who are able to work at home to do so with the approval of their managers, implementing the new policy on a staggered basis throughout the world through the end of next week. The Associated Press operates out of 250 locations in 100 countries.

First in line, effective immediately, are AP staffers in offices where employees have had direct or indirect exposure to someone who has tested positive, or where the government requires people to work at home. These locations include New York, Washington, Chicago, New Orleans, Beijing, Tokyo, Seoul, New Delhi, Singapore, Jakarta, Manila and Iran and Italy, said Gary Pruitt, the news service’s president and CEO.

No AP employee has tested positive for the virus, Pruitt said.

AP is also stopping all non-essential travel, and told employees to avoid work dinners or conferences without approval.

“We must remain vigilant and careful over the coming weeks,” Pruitt said.

Other news organizations, like The Washington Post, The New York Times and CNN, have encouraged or permitted employees to work remotely in recent days out of concern about the virus.

NBC News said it will allow employees in New York, New Jersey and Connecticut to work at home or stagger hours if possible starting Monday. However, the network said this would not affect people who work directly putting together television shows on NBC and MSNBC.

The network is also limiting non-essential travel and asking its employees to limit large meetings and not bring visitors into the New York office, according to a memo sent Wednesday by NBC News President Noah Oppenheim and MSNBC President Phil Griffin.

People outside of the New York office are expected to come to work normally, the memo said.