Armed robbers have once struck along Melrose Avenue. The Los Angeles Police Department was investigating after one of the latest hold ups was caught on video.

LOS ANGELES - Businesses along Melrose Avenue continue to be targeted by perpetrators as a disturbing trend of armed robberies has struck the area. The Los Angeles Police Department is investigating after one of the latest robberies in the Fairfax District was caught on video.

On Sept. 14 around 12:30 p.m., LAPD officers were called to Zero’s located near the intersection of Melrose and Fairfax avenues. Zero’s is a high-end clothing store that specializes in luxury streetwear and limited-edition sneakers.

The Zero’s employee told authorities that he approached the suspect whom he initially thought was a customer to assist him. Shortly after, the suspect threw a few trash bags at him, demanded that the employee fill the bags with clothing, shoes and money, while the suspect also pointed a black handgun at the employee, the LAPD said.

The employee complied and the suspect left the store on foot. 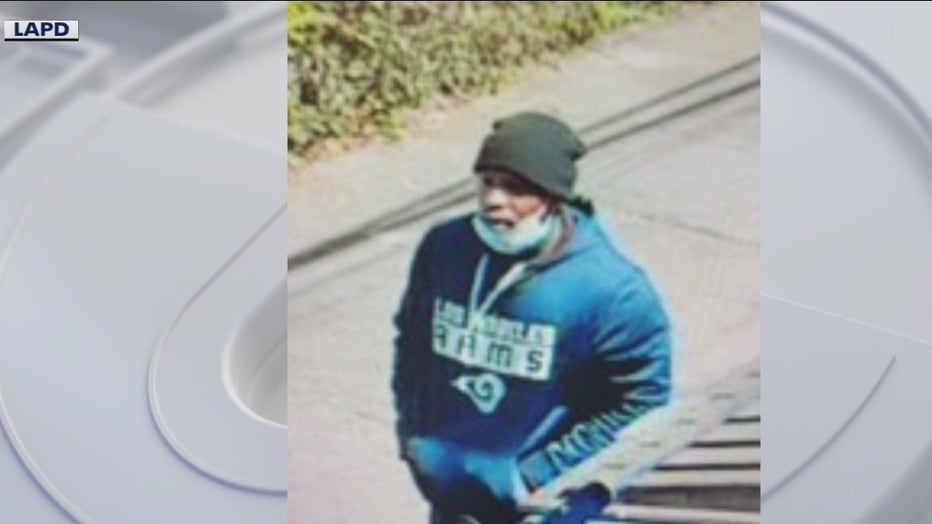 The suspect was described as Black male, between the ages of 25 to 30, 5 feet 7 inches tall, and weighing an estimated 200 pounds. He was last seen wearing a black beanie and a Los Angeles Rams sweatshirt.

Anyone with information is asked to contact LAPD’s Wilshire Division.