Carrollton PD: Man hunted his child’s mother before murdering her

A man is jailed on a murder charge accused of killing the mother of his toddler when she was trying to go to work.

CARROLTON, Texas - A man is jailed on a murder charge accused of killing the mother of his toddler when she was trying to go to work.

Witnesses described the attacker as a black man after the murder happened last week. But police say they found evidence of a fake beard and blackface make-up the suspect may have used as a disguise.

Burkett will not be around to raise her 1-year old daughter, Willow. The 24-year-old mom was murdered while arriving to work at the Greentree Apartments in Carrolton last Friday morning. 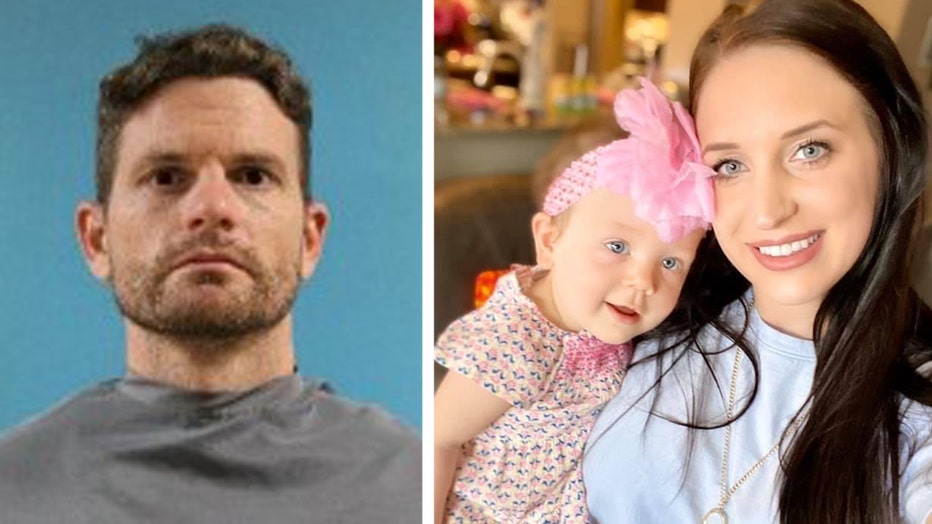 “She had a million-dollar-smile and a heart of gold,” said Russell Forsyth, Burkett’s grandfather.

Police believe the killer is someone they know all-too-well: 33-year-old Andrew Charles Beard, who is Willow’s father.

“Pretty early on, it was clear to our detectives this was someone who was hunting her. Someone who knew where she was going to be and someone who wanted her dead,” said Carrolton Police Spokesperson Jolene DeVito.

According to the arrest affidavit, Witnesses told police that as Burkett pulled up to work a man exited a black truck, approached Burkett's car and fired a gun. She was shot in the head and then stabbed multiple times.

“This was personal,” DeVito said.

Burkett's family told investigators that Beard and their daughter were in a contentious child-custody battle.

In fact, Burkett created a GoFundMe account in September to help with legal fees and wrote: “at this point, I am scared for my life and my daughter’s life.”

Police records show detectives searched Beard’s home and found tracking devices. They were the same type found on Burkett's vehicle. They also found trash bags with work boots cut into pieces and doused with bleach, a kitchen knife and a flathead screwdriver.

Police also found what they believe to be the vehicle used in the attack near the suspect’s home. They recovered a dark-colored hair with what appeared to be dried blood on it.

But two witnesses describe the suspect as a black male. Detectives searching the vehicle also found a “dark-colored prosthetic beard” with what appeared to be “brown makeup” stains on it.

“We did have some witnesses at the scene describe it as a black man, but that did not mean by any means we went looking for a black man,” DeVito said.

Burkett's grandfather says she had been through a lot.

“She was a new mother and that changes her like it changes everyone,” Forsyth said. “But recently she had kind of found that dream again and was starting to pursue it — was enrolled in college and doing well with her studies.”

Now, the family will work to make sure Willow grows up knowing how much her mother loved her.

Police say the child is being kept at a safe location.