BEVERLY HILLS, Calif. - Just as a nail salon was reopening due to the COVID-19 pandemic, a car came crashing through the building.

Not only did it sound like an explosion but it had the impact of one too. Broken shards of glass and bricks were sent flying in every direction.

Witnesses identified the driver as an elderly woman, who was one day short of her 99th birthday.

Witnesses say she managed to back up through a tight space, slamming into the store, even ripping off her front bumper in a rear end crash. 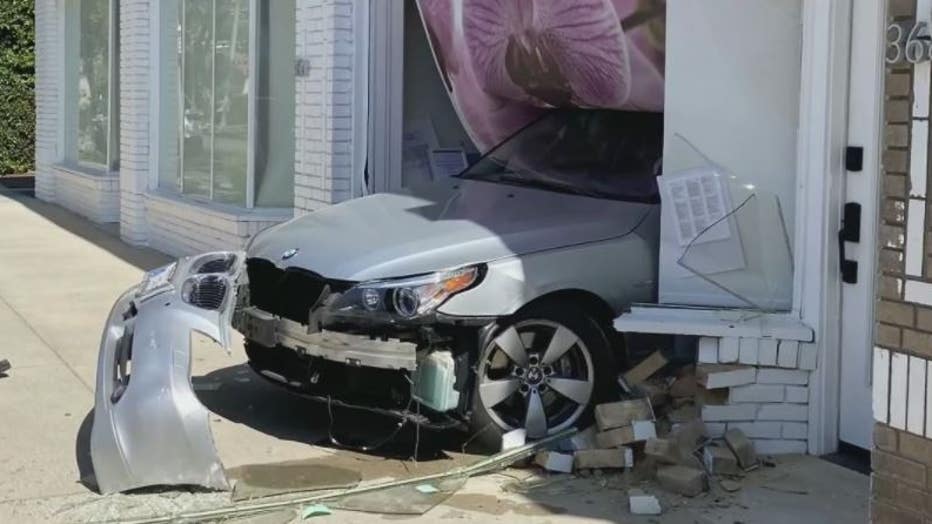 “She saw her try to reverse and then she said her foot slipped and she just ran straight through the window,” said the owner of the salon.

Those at the scene of the crash say the woman just walked away because she was apparently late for a hair appointment.

“She said ‘Yes I know that I hit the salon but I need to make it to my appointment,’” the owner mentioned.

But confusion over getting that message to people on when to reopen- kept the salon from moving inside. They have been staying outdoors in a back alley instead- and that most likely kept this from being a deadly crash.