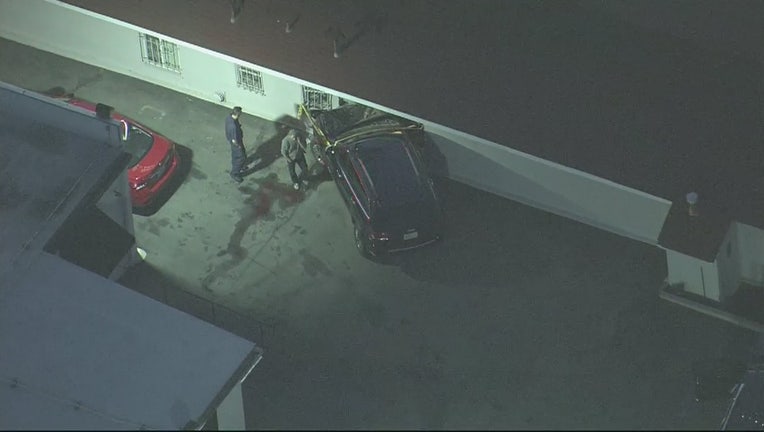 LOS ANGELES - Two people were injured after a vehicle crashed into a motel room in the Del Rey area of Los Angeles Monday evening, authorities said.

Emergency crews with the Los Angeles Fire Department were called to the 4900 block of S. Sepulveda Boulevard following a report of the single-vehicle collision.

A vehicle driven in the parking lot by a worker of a rental car company drove through the rear wall of the 1-story motel room, according to Brian Humphrey with the Los Angeles Fire Department.

The female driver and a man staying in the hotel room both suffered minor injuries and were taken to local hospitals by LAFD paramedics.

The L.A. Department of Building and Safety were at the scene to assess the structural integrity of the building, LAFD said.

No further details were immediately known. The cause of the collision is under investigation.