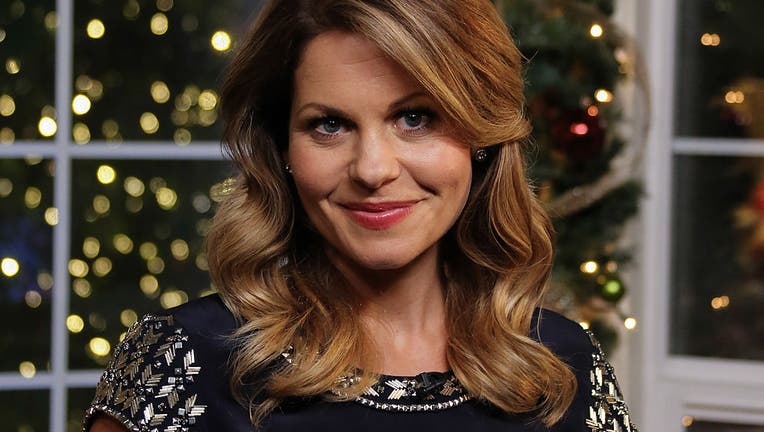 Candace Cameron Bure has responded to the backlash she faced after saying that her new network, Great American Family, will not feature same-sex couples in leading roles.

The 47-year-old actress, who is Great American Family's chief creative officer, sparked controversy after telling the Wall Street Journal that the network's programming "will keep traditional marriage at the core."

In the interview published on Monday, the "Full House" alum, who was known as the "Queen of Christmas" during her time at the Hallmark Channel, had also expressed that she wanted to put Christ back in Christmas movies.

"I would like to address my comments on Great American Family’s programming as reported in the Wall Street Journal," Bure said in a statement obtained by Fox News Digital.

She continued, "All of you who know me, know beyond question that I have great love and affection for all people. It absolutely breaks my heart that anyone would ever think I intentionally would want to offend and hurt anyone."

"It saddens me that the media is often seeking to divide us, even around a subject as comforting and merry as Christmas movies. But, given the toxic climate in our culture right now, I shouldn’t be surprised," Bure added.

"We need Christmas more than ever. I am a devoted Christian. Which means that I believe that every human being bears the image of God. Because of that, I am called to love all people, and I do."

"If you know me, you know that I am a person who loves fiercely and indiscriminately. My heart yearns to build bridges and bring people one step closer to God, to love others well, and to simply be a reflection of God’s huge love for all of us."

"To the members of the media responsible for using this opportunity to fan flames of conflict and hate, I have a simple message: I love you anyway. To those who hate what I value and who are attacking me online: I love you." 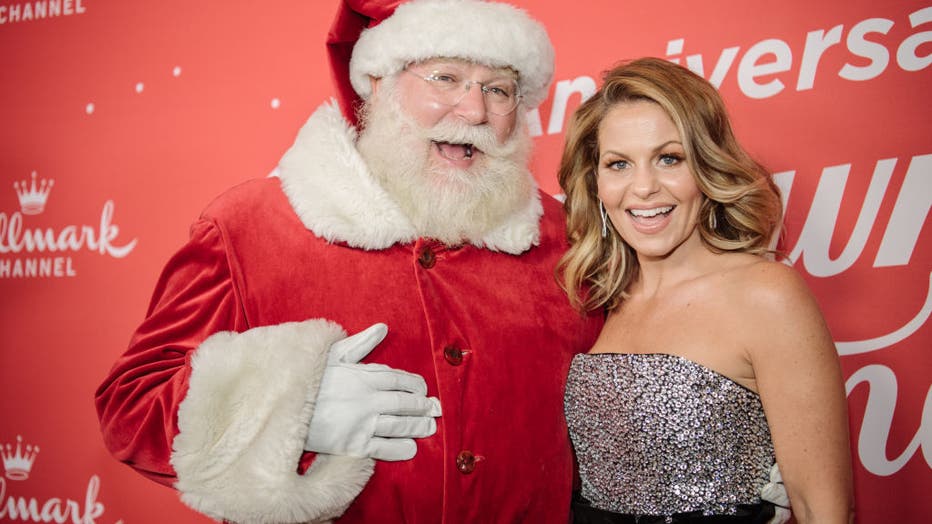 "I have long wanted to find a home for more faith-based programming. I am grateful to be an integral part of a young and growing network."

"I had also expressed in my interview, which was not included, that people of all ethnicities and identities have and will continue to contribute to the network in great ways both in front of and behind the camera, which I encourage and fully support."

"I've never been interested in proselytizing through my storytelling, but in celebrating God’s greatness in our lives through the stories I tell. The God we serve is a wildly creative and loving God. He didn’t just capture a small part of my heart, He has captured all of my heart."

"He will be reflected in everything I do and say; in my family, my work and my interactions with people from all walks of life, God’s love and God’s compassion is front and center."

"All of that comes from the LOVE that God himself showered upon humanity when he gave the gift of joy and forgiveness on the first Christmas morning 2000 years ago."

"It is why I love Christmas stories and sharing true joy and true peace with millions of people around the world. And in the sole motivation of pure love, I hope you’ll join me in sharing God’s hope for all the world this Christmas season. Call that my Christmas wish," she concluded.

During the WSJ interview, Bure discussed her decision to leave the Hallmark Channel. For over a decade, the "Full House" alum was a mainstay on the network, starring in 30 movies, including 10 holiday films.

Last April, she surprised fans when she announced that she was leaving Hallmark Media to develop, produce and star in projects for the faith-based channel Great American Family.

The actress' departure from Hallmark comes as the network attempts to add more diversity to its lineup. "The Holiday Sitter," Hallmark's first original film to focus on a same-sex couple, is set to be released next month.

While Bure told the WSJ that the network's holiday movies would not spotlight any LGBTQ storylines, Great American Media CEO Bill Abbott said that there was no set plan. 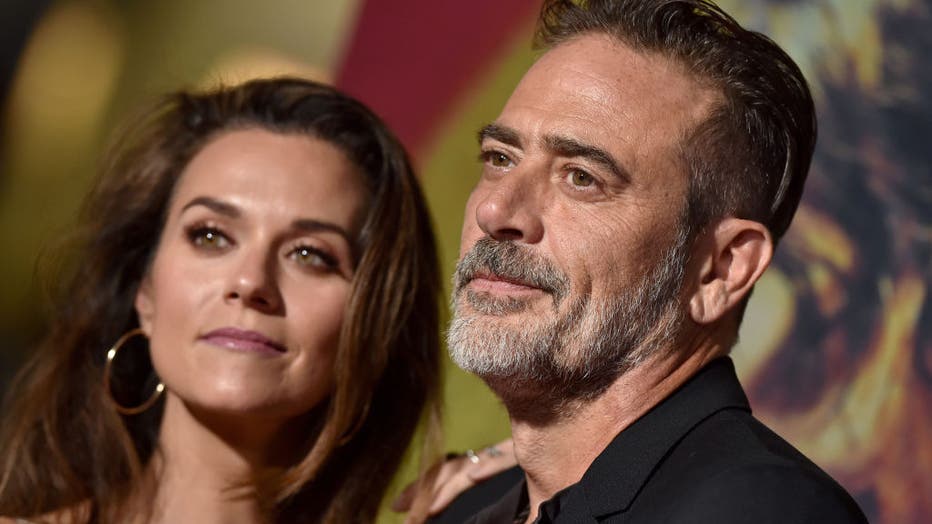 "Now they're just openly admitting their bigotry. I called this s--- out years ago when Abbott was at Hallmark," the "One Tree Hill" alum wrote. "Glad they dumped him. Being LGBTQ isn't a ‘trend.’ That guy and his network are disgusting. You too Candy. There is nothing untraditional about same-sex couples."

"Bigot," Burton added. "I don’t remember Jesus liking hypocrites like Candy. But sure. Make your money, honey. You ride that prejudice wave all the way to the bank."

Morgan took to Twitter to show his support for his wife's comments. "The Walking Dead" star wrote, "How’d I miss this twit?! Who the f--k is this person? Hey Hil? You’re awesome. We lucky to have ya. X."

In another tweet, he quoted Burton, writing, "‘Make your money honey.’ Lol… cooked kids dinner and was laughing whole time. Wife has words AND timing."

Siwa, who came out in 2021, shared her thoughts in an Instagram post. "Honestly, I can't believe after everything that went down just a few months ago, that she would not only create a movie with intention of excluding LGBTQIA+, but then also talk about it in the press," she wrote.

"This is rude and hurtful to a whole community of people."

Siwa and Bure had a public back and forth in July after the former "Dancing with the Stars" contestant named Bure as the "rudest" celebrity she had ever met in a viral TikTok clip. After several other public exchanges, the two appeared to have resolved their differences.

Bure's "Full House" co-star Jodie Sweetin took to the comments section to show her support for Siwa. "You know I love you," she wrote, adding two red heart emojis.

GLAAD also responded to Bure's remarks, which the organization's CEO called "irresponsible" and "hurtful." President and CEO Sarah Kate Ellis wrote, "I’d love to have a conversation with Bure about my wife, our kids, and our family’s traditions."

She continued, "Bure is out of sync with a growing majority of people of faith, including LGBTQ people of faith, who know that LGBTQ couples and families are deserving of love and visibility." 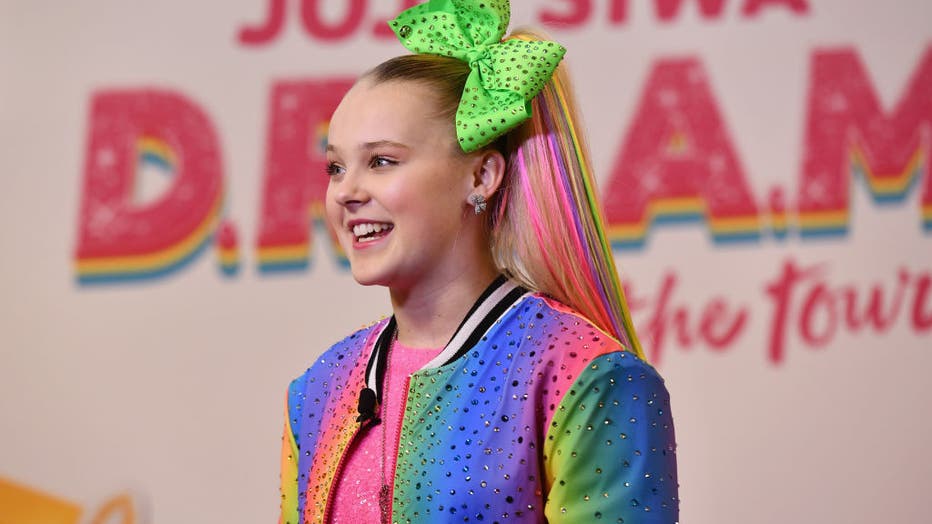 "As the company's Chief Creative Officer, her statement is harmful and insulting to LGBTQ employees, as well as employees with LGBTQ friends and family. If GAF’s plan is to intentionally exclude stories about LGBTQ couples, then actors, advertisers, cable and streaming platforms, and production companies should take note and seriously consider whether they want to be associated with a network that holds exclusion as one of its values."

For updates on this story go to FOXNews.com.