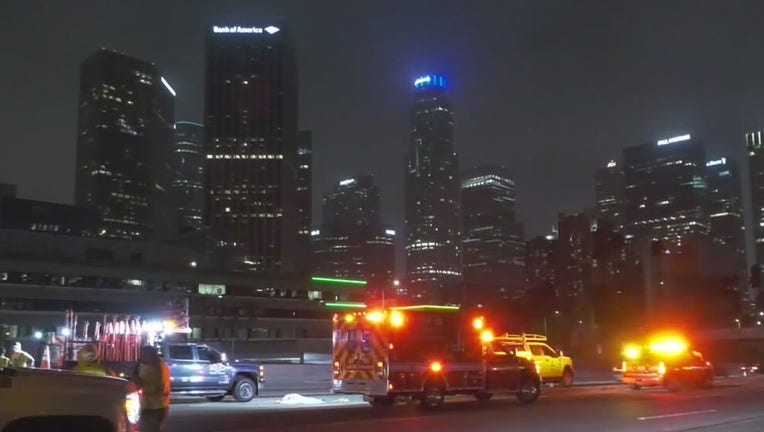 LOS ANGELES - It was a heartbreaking scene in downtown Los Angeles early Wednesday morning when a Caltrans subcontractor was killed in front of co-workers by a hit-and-run driver on the 110 Freeway. The suspect who was driving a dark-colored SUV remains at large.

Authorities sought the person who hit and killed a Caltrans subcontractor on the southbound 110 Freeway early Wednesday.

According to Doug Shupe with AAA, the number of hit-and-runs continues to grow each year, which is a nationwide issue of concern.

The California Highway Patrol said the tragic incident occurred at 12:15 a.m. before the Third Street offramp on the righthand side of the freeway.

Authorities said the worker was placing traffic cones on the freeway when an SUV failed to honor the cones, sped up, and hit the victim. The driver did not stop to help and continued traveling southbound.

The victim's co-workers rushed to help and arriving paramedics with the Los Angeles Fire Department attempted lifesaving efforts. The victim was pronounced dead at the scene.

Investigators were canvassing the area for clues.