Are you or someone you know a recent survivor of sexual assault? Help is available. Rape, Abuse & Incest National Network (RAINN) provides a 24/7 national sexual assault hotline, which can be reached at 1-800-656-4673

ORANGE COUNTY, Calif. - A well-known water polo coach in Southern California was convicted Thursday of nearly two dozen felonies stemming from accusations from roughly a dozen women who accused him of sexually assaulting them as teenagers.

An Orange County Superior Court jury found 46-year-old Bahram Hojreh guilty of 22 felony counts for sexually assaulting nine female victims who were between the ages of 14 to 17 years old after deliberating for a little less than three days, Press-Telegram reported.

The felony convictions included sexual battery, sexual penetration and lewd acts on a minor as well as a misdemeanor conviction of misdemeanor count of simple assault against a tenth woman.

Hojreh was acquitted of a lewd acts charge related to the 10th victim.

Two other women testified against Hojreh in the trial, but their specific allegations were not part of the group of charges. 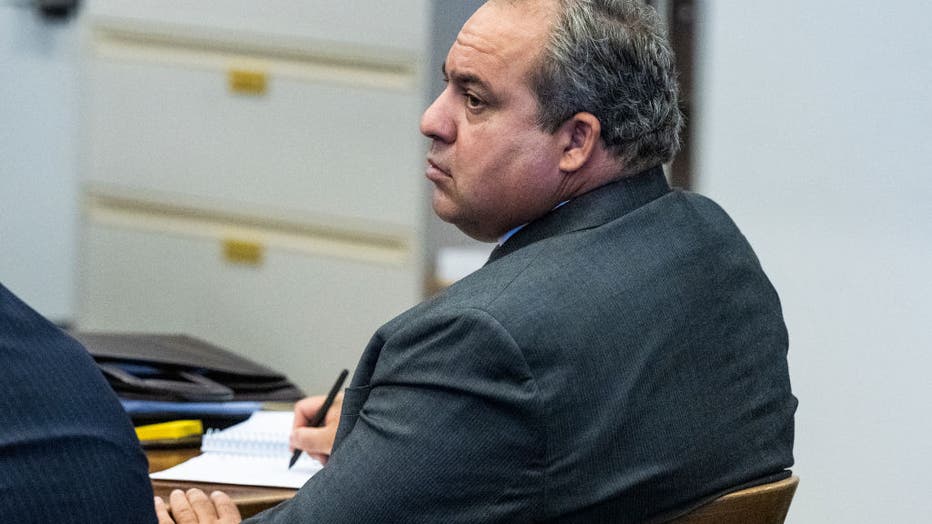 A group of 15 alleged victims and their families were present in the court during the ruling and Press-Telegram reported that one of the elderly relatives began to wail in the courtroom as Hojreh and taken into custody.

Hojreh touted himself as a coach for nearly a quarter-century who has "helped develop multiple Olympians." Until January 2018 he served on the board of directors for the local Southern California chapter of USA Water Polo, the governing body for water polo in the United States.

Hojreh, who also ran the International Water Polo Club in Los Alamitos, California, and taught at Kennedy High School, was facing allegations that he abused the young girls while they were underwater by twisting their nipples, touching their genitals and penetrated them with his fingers below their swimsuits during one-on-one training sessions.

"Every single one of them wanted to play in the Junior Olympics, to play in college, maybe to play in the Olympics one day," Deputy District Attorney Raquel Cooper said. "And he was the one who told them he could get them there. He knew his players inherently trusted him. He knew these teenage kids knew he was the key to get them into college. And he took advantage of that."

The dozen teenagers who accused Hojreh settled a civil lawsuit with USA Water Polo in 2021 that awarded them a split a nearly $14 million settlement.

"We have heard the plaintiffs’ testimony, and their allegations are heartbreaking," Christopher Ramsey, CEO of USA Water Polo, said in a statement at the time. "We hope that this allows them to begin a new chapter in their lives."