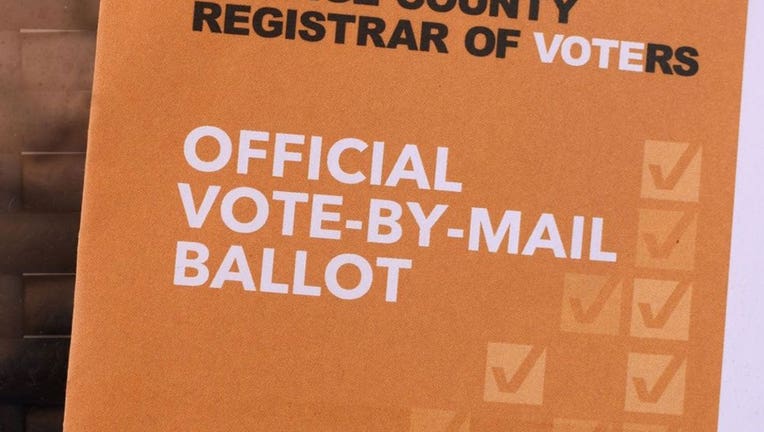 LOS ANGELES - Gov. Gavin Newsom signed a bill Thursday to require county officials to mail a ballot to every registered voter for the November election, cementing into law the Democratic governor’s earlier order to mail out ballots statewide in response to the coronavirus outbreak.

Newsom, citing health risks from large groups gathering at polling places, announced in early May that the state will send every voter a mail-in ballot for the fall contest, but his plan has been challenged in court. The bill, approved earlier Thursday by the state Assembly, gives the governor’s order the force of law and provides clarity for election officials, said Assemblyman Marc Berman, a Menlo Park Democrat who sponsored the bill.

“No one should have to risk their health and possibly their life to exercise their constitutional right to vote,” Berman said in a statement. “In the midst of a deadly health pandemic, giving all California voters the opportunity to vote from the safety of their own home is the responsible thing to do.”

• L.A. County to send vote-by-mail ballots to all registered voters for November election

In-person voting places will remain available for those who might need them.

The spread of mail-in voting as a reaction to potential health risks from the virus has become a point of conflict between Democrats and Republicans nationwide. President Donald Trump has been among the skeptics and has said that “a lot of people cheat with mail-in voting,” without providing evidence.

The bill was passed 68-5 by the Assembly, with six members not voting. The opponents were all Republicans. Republicans who backed the bill noted that ballots will not be mailed to so-called inactive voters, who have not participated in recent elections.

Another change: Under current law, mail ballots that have been postmarked by election day can arrive up to three days after the election and still be counted. For the November election, the bill would extend that window to 17 days, two weeks later from the current three days.

The change is supported by Secretary of State Alex Padilla, the state’s chief elections officer.

“Expanding vote-by-mail statewide is a necessity to protect our right to vote and our public health,” Padilla said in a statement. “Voting by mail has worked safely and securely in California for decades. Mailing every voter a ballot for this election is simply common sense.”

But Republican National Committee member Harmeet Dhillon called the extension to 17 days “bizarre” and predicted it would raise integrity issues with the vote count, lead to more challenges over the authenticity of ballot signatures and extend the date for determining the outcome in some races to December.

With the 17-day delay, “there is a lot of opportunity for mischief,” Dhillon said. “There is a tremendous amount of uncertainty.”

Historically, there is no evidence of widespread voter fraud through mail-in voting. In the state’s March primary, more than 75% of California voters received a vote-by-mail ballot.

With the move to statewide mail-in ballots, California hopes to avoid the problems that plagued presidential primaries in Wisconsin and Georgia, where thousands of voters, some without protective face masks, were forced to wait for hours in long lines.

For most people, the new coronavirus causes mild or moderate symptoms, such as fever and cough that clear up in two to three weeks. For some, especially older adults and people with existing health problems, it can cause more severe illness, including pneumonia, and death. The vast majority of people recover.