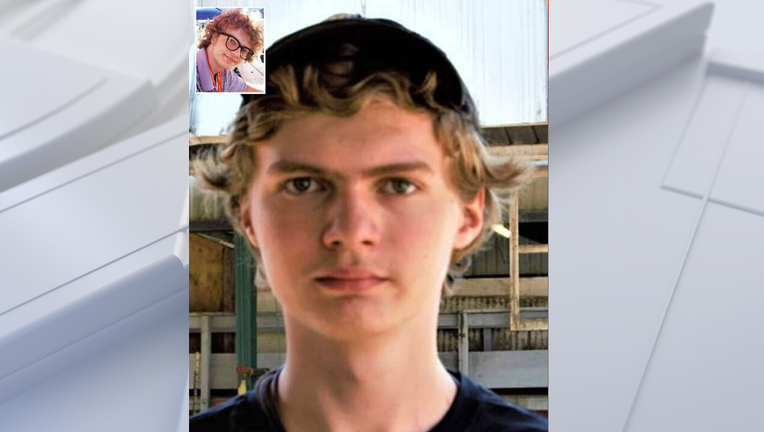 SUMMIT COUNTY, Utah - A 19-year-old man with autism found cold and sleeping in a Utah gas station parking lot has been reunited with his family almost three years after disappearing from California.

Connerjack Oswalt was 17 when he left his family’s Clearlake, California home in September 2019. His parents had searched for him for years, handing out fliers, scanning social media and even moving back to Idaho Falls, Idaho, where he was born, in case that’s where he ended up.

"I never stopped looking for him," Oswalt’s mother Suzanne Flint told the Associated Press. "There wasn’t a day I wasn’t searching for him, in some form or fashion," she said.

Over the past few weeks, deputies in Summit County, Utah, received multiple reports about a homeless man pushing a shopping cart in the area, but each time they reached out to offer services, he refused, according to the Summit County Sheriff’s Office.

"Through past interactions ...it was clear to deputies that the man communicated differently," the sheriff’s office said on Facebook.

RELATED: Arizona mother vanishes in 2017: 'I just want to know who did this to her,' daughter pleads

Deputies said after a couple weeks of trying, Oswalt finally accepted the help on April 9 when they found him shivering and sleeping in a convenience store parking lot. He eventually let deputies take his fingerprint while he was warming up in a patrol car.

The fingerprint led them to an outstanding warrant from Nevada, but deputies "felt that there was something there, something beyond a criminal warrant," Summit County Justin Martinez told the AP.

Investigators combed through missing and endangered persons reports and eventually found the 2019 missing report for Oswalt. The name was spelled slightly different than the warrant, but the photos matched, so they called his family.

Oswalt’s father left work and drove four hours to Utah when he got the news. He told the Associated Press that deputies "could have dismissed it, but they didn’t and that made all the difference in the world."

His family says they’re hoping to bring him back home soon.