ANTIOCH, Calif. - A man accused of killing a California gas station clerk during a "botched" robbery will not face a murder charge because the victim had opened fire on the suspect despite his life not being in danger, officials said Thursday.

James Williams, 36, was killed during an early Saturday morning gunfight with Ronald Jackson Jr., 20, at a Chevron in Antioch, Fox San Francisco reported.

The Antioch Police Department said a gas station employee called to report a person had been shot at the Extra Mile mini-mart just after 2 a.m. When officers arrived, they found a man with a gunshot wound to the head inside the store. 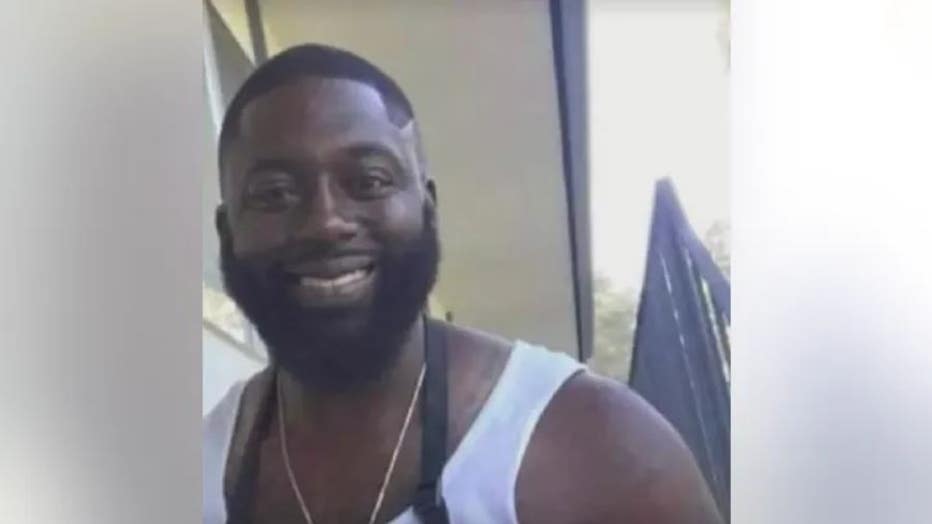 James Williams was shot and killed during a gas station robbery in Antioch, California. The suspect robber and killer will not be charged with murder because he can possibly claim self-defense, officials said Thursday. (Fox San Francisco)

"Officers at the scene were able to determine that the victim was an employee-clerk at the service station and was held-up at gunpoint during what appears to be a 'botched robbery,'" a police statement said.

Williams was working inside the store when he was confronted by two suspects, one of whom was identified as Jackson, who was allegedly armed with a gun. Williams then pulled out his own weapon.

Jackson allegedly ran out of the store, while dropping cigar packages, and was shot. Williams kept firing as Jackson was on the ground before Jackson allegedly returned fire and killed him, the news report said.

"He didn't deserve this, and he was such a good guy, family man," Annette Matamoroz, Williams' girlfriend and co-worker who was in the store when he was killed, told the news outlet.

Jackson was not charged with murder because under the law, the killing could be considered self-defense, authorities said. The Contra Costa County District Attorney's Office said Williams pursued Jackson despite the threat of bodily harm or injury had subsided.

"In the eyes of the law, Mr. Williams’ actions ceased to be self-defense when Mr. Williams pursued Mr. Jackson and the other suspect with a firearm — and continued to pursue Mr. Jackson after he shot him," Contra Costa County District Attorney Diana Becton said in a news release.

"The legal distinction is clear: when your property and life are being threatened, an individual is legally justified in using deadly force in self-defense," she added. "However, once the threat of harm has dissipated, the victim of a property crime cannot then use deadly force to reclaim stolen property."

Antioch investigators submitted their findings to the district attorney's office, which instead "elected to charge Jackson with robbery, possession of stolen property, and a firearm enhancement, but declined to charge him with murder," police said.

"The members of the Antioch Police Department extend their condolences to the family and friends of Mr. Williams," the department said.

Fox News Digital has reached out to the district attorney's office.