SANTA CRUZ, Calif. - Two California congressmembers are asking the federal government to study whether there’s evidence that potential toxic and contaminated drinking water at Fort Ord can be tied to specific cancers and other diseases.

"Our nation owes a debt of gratitude to our servicemembers and their families," said Reps. Katie Porter and Jimmy Panetta in a letter to the director of the Agency for Toxic Substances and Disease Registry. "By conducting a new study at Fort Ord, we may guarantee that those harmed while serving our country get the medical care they need."

The request follows an Associated Press report earlier this week about hundreds of people who lived and served near the Army base who are concerned that their health problems might be tied to chemicals there.

In 1990, four years before it began the process of closing as an active military training base, Fort Ord was added to the Environmental Protection Agency’s list of the most polluted places in the nation. Included in that pollution were dozens of chemicals, some now known to cause cancer, found in the base’s drinking water and soil. 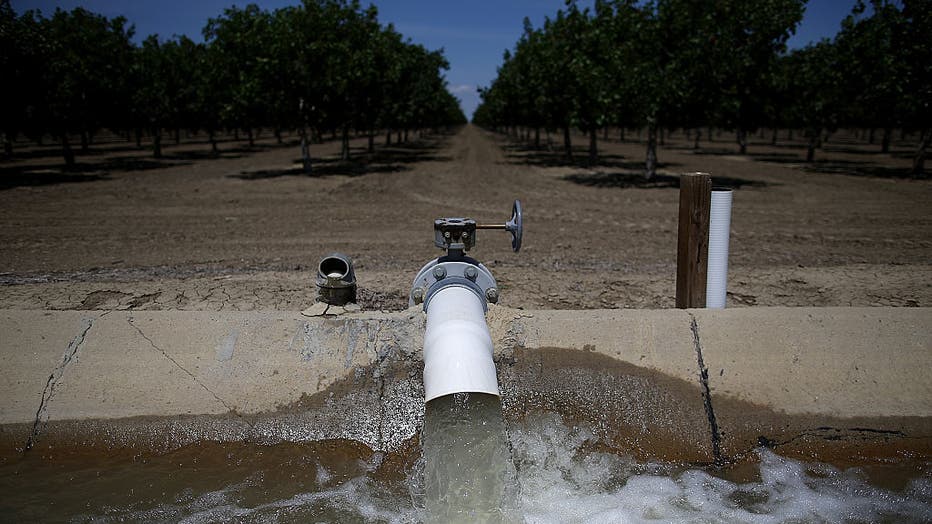 STRATFORD, CA - APRIL 24: Water is pumped into an irrigation canal at an almond orchard on April 24, 2015 in Firebaugh, California. (Photo by Justin Sullivan/Getty Images)

The AP interviewed nearly two dozen of these veterans and reviewed thousands of pages of documents, and interviewed military, medical and environmental scientists.

There is rarely a way to directly connect toxic exposure to a specific individual’s medical condition. Indeed, the concentrations of the toxics are tiny, measured in parts per billion or trillion, far below the levels of an immediate poisoning. Local utilities, the Defense Department and some in the Department of Veterans Affairs insist Fort Ord’s water is safe and always has been. But the VA’s own hazardous materials exposure website, along with scientists and doctors, agree that dangers do exist for military personnel exposed to contaminants.

Responding to AP’s report, a Senate Veterans’ Affairs Committee spokesperson said its chair, Montana Democrat Jon Tester, believes the "VA should take this and any potential toxic exposure among our military men and women seriously, and keep working to provide a fresh look at the possibility of toxic exposures at Fort Ord which may be causing adverse health effects in veterans."

The problem is not just at Fort Ord. This is happening all over the U.S. and abroad, almost everywhere the military has set foot, and the federal government is still learning about the extent of both the pollution and the health effects of its toxic legacy.

AP found the Army knew that chemicals had been improperly dumped at Fort Ord for decades. Even after the contamination was documented, the Army downplayed the risks.

And ailing veterans are being denied benefits based on a 25-year-old health assessment, which Porter and Panetta Friday said needs an update. The Centers for Disease Control and Prevention’s Agency for Toxic Substances and Disease Registry concluded in 1996 that there were no likely past, present or future risks from exposures at Fort Ord.

But that conclusion was made based on limited data, and before medical science understood the relationship between some of these chemicals and cancer.

Congress has been weighing legislation this month that would recognize some potential health impacts from some military toxic exposures, particularly burn pits. And the Wounded Warrior Project released findings from a survey of about 18,000 registered members that found 98% of wounded veterans reported exposure to hazardous or toxic substances during military service.