DMV urging Californians to get Real ID before time runs out

The DMV is urging Californians to get their Real IDs before time runs out.

LOS ANGELES - Back in March 2020, I had an appointment with the Department of Motor Vehicles to get a Real ID. Then, the pandemic happened and a lot of us including myself, never got it done.

Today I visited the Van Nuys DMV, where I was welcomed by a security guard at the door who said, "Appointment or no appointment today?"

I had an appointment. It helps to do that. Making an appointment will save you time. First, comes the appointment check-in. They give you a number that they'll call when it's your turn. The guard said, "... just wait 'til they call you like bingo."

Real IDs are a federally accepted form of identification, as opposed to IDs that are just accepted at the state level. After May 3, 2023, Americans will need a Real ID to fly domestically or enter federal facilities.

"We're basically carrying out orders from the Federal Government and the U.S. Department of Homeland Security," said Jaime Garza with the DMV. Garza said the Real ID initiative is a direct result of 9/11. He said the feds felt they needed "… a way to issue identification for all Americans in a similar fashion, so Real IDs [were] born."

Trips to the DMV are usually time-consuming, with a lot of time spent waiting in line. "People don't like going to the DMV," Assemblyman Miguel Santiago said. "They're going to have to wait in line."

Santiago has been holding Real ID signups in his district, so constituents can avoid the lines when it comes time to go to the DMV. He held one Friday in Koreatown.

"You're going to need them," Santiago said. "The new ID that will allow you to fly, to go into a federal building. If an emergency happens, and you don't have one, you could be delayed by weeks and months.

After May 3, 2023, Americans will still be able to fly domestically using a passport instead. But, Garza asked, "will you remember when you need to take that domestic flight to take your passport? Because we're not used to it."

When it comes to actually applying for a Real ID, all you need are the appropriate documents, which can be found on the California DMV's website. First, you need a document proving your identity, such as a passport or birth certificate, for example. Next, you need two documents proving you're a resident of California, like a pay stub, mortgage bill, or insurance documents, among others. You can also fill out the appropriate forms on the DMV website ahead of your appointment. Then it's a $35 fee for Real ID driver's licenses, or just $30 for a normal Real ID. Then they take your picture, and that's all.

California Real IDs are denoted by a golden bear and a star in the top right corner of the card. 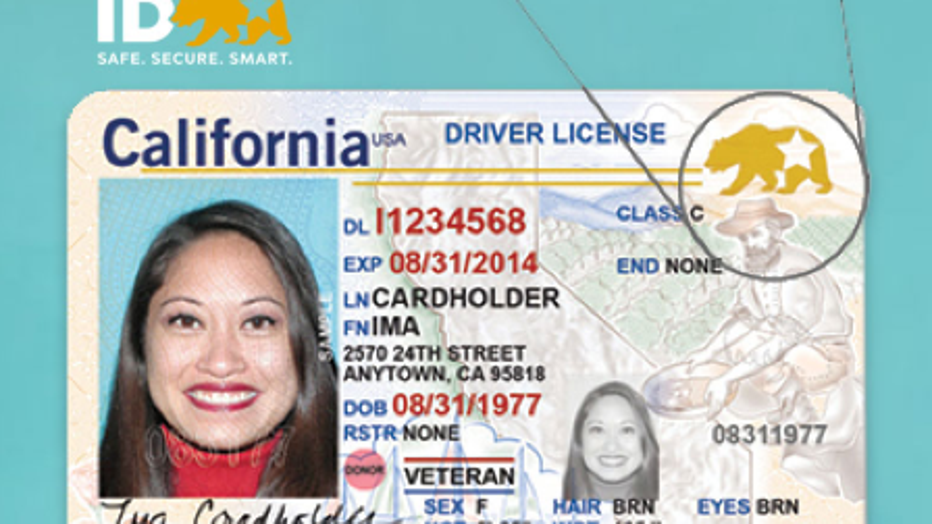 State officials say don't wait until the May 3rd, 2023 deadline. Both Andre Kusmierz and Phyllis Comeaux were at the DMV getting their Real IDs. Kusmierz said he was getting his because he's concerned about "safety." Comeaux agreed, saying, "I would prefer to opt for safety at every turn."