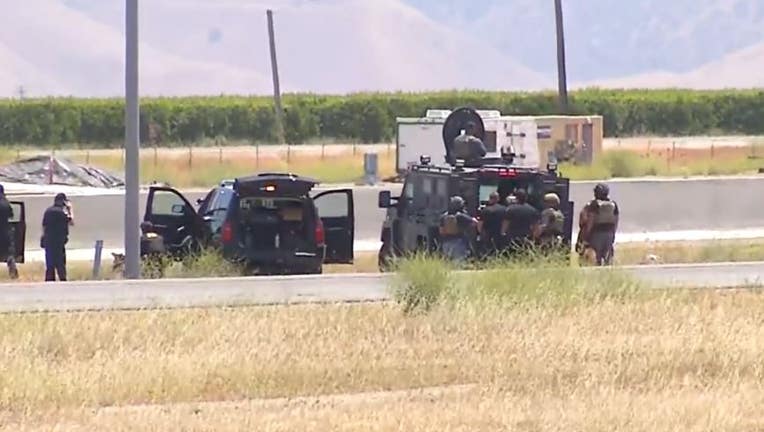 BAKERSFIELD, Calif - A kidnapping suspect who died after being hit with a stun gun following a police chase that ended with a highway crash was identified as a 44-year-old Southern California man.

The pursuit occurred last Wednesday after police in Bakersfield responded to a report of a kidnapping and sexual assault inside a car, KBAK-TV reported.

Police said the victim, a young teen, contacted law enforcement while being held by the suspect. The victim was able to get out of the car in nearby Arvin and told authorities the suspect was under the influence of drugs and possibly armed.

Arvin police chased the suspect on local streets and eventually onto Interstate 5, where he crashed multiple times into a concrete divider.

After an hour-long SWAT negotiation with the suspect, officers got the man out of the car by deploying a Taser. He appeared to have a medical emergency, became unresponsive and was taken to a hospital, where he died, Bakersfield police said.

The Kern County Coroner’s Office identified the suspect as Michael Alvarez, 44, of Bakersfield. His cause of death is under investigation.