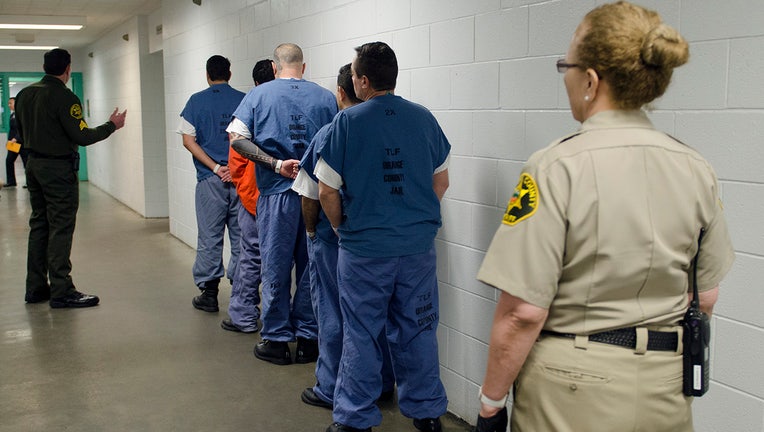 SACRAMENTO - An inmate in solitary confinement at a California jail was refusing to leave his cell. The jailers’ usual response: Send an “extraction team” of corrections officers to burst into the cell and drag him out.

But not in Contra Costa County, one of three in the state using a kinder, gentler approach in response to inmate lawsuits, a policy change that experts say could be a national model for reducing the use of isolation cells.

So the inmate was asked: “What if we gave you a couple extra cookies and another sandwich? Would you move?” recalled Don Specter, the nonprofit Prison Law Office director who negotiated the new policies. “He said yes. ... They were like, ‘Wow.’”

More than a quarter of U.S. states and numerous smaller jurisdictions are looking for ways to reduce the use of solitary confinement, according to the Vera Institute of Justice, which encourages alternatives to a practice behavioral experts say is dehumanizing and can worsen mental illness.

The new policies in California came after Specter’s firm sued seven of California’s 58 counties, alleging that conditions had grown inhumane as jails absorbed inmates who previously would have served their sentences in state prisons. The state in 2011 began sending less serious offenders to local jails for years at a time to ease crowding in state penitentiaries.

Some jurisdictions nationwide are banning isolation for young offenders, pregnant women or those with mental health diagnoses. The California counties’ approach of generally limiting it to those who engage in continued violent behavior has dramatically reduced the number of inmates in isolation and the length of time they stay there.

Contra Costa started 2019 with about 100 people in solitary, most for more than a year. It had just three in isolation cells by December, after officials began using the new approach.

Sacramento County also is following the policy pioneered by Santa Clara County, while Fresno County is considering it. Among other things, it encourages the use of low-cost incentives to reward good behavior, like the opportunity to listen to the radio, watch a movie or get an extra snack.

Sacramento County has cut its isolated population roughly in half, to about 60 inmates, said Lt. Alex McCamy: “It’s a limited time frame and a limited group, but the initial impression is positive.”

Rick Raemisch, who restricted the use of solitary confinement when he headed Colorado’s prison system, said the violent, tense, dirty conditions in Santa Clara County’s jail improved markedly with the new policy.

“Think of yourself being in a cell the size of a parking space for 23 hours a day,” said Raemisch, who consulted with county officials. “At a minimum you’re going to get angry, and when you get angry you’re going to fight back.”

Inmates nationwide are most often segregated for nonviolent “nuisance infractions” like smoking, cursing, disobeying orders or having unauthorized items from the commissary, said the Vera Institute’s Sara Sullivan.

Santa Clara County once locked a woman in solitary confinement for 2 1/2 years for talking back to correctional officers or yelling and banging on her cell door with other detainees, according to Specter’s lawsuit.

The California counties’ new policy of restricting its use to continued violent behavior could be seen as a national pilot program, Sullivan said.

New Jersey’s Middlesex County Adult Correction Center has lowered the number of isolated inmates and the time they spend there, she said, but with a different approach that lets inmates out of their cells more frequently.

The Hampden County Correctional Center in Massachusetts increased its use of alternative sanctions and positive reinforcement. And Cook County, Illinois, no longer keeps troublesome inmates in isolation, allowing them to regularly spend time with about a half-dozen other inmates.

“There’s been a decades-long effort to reform solitary, especially in prisons. But what we haven’t seen is a paired reform effort for jails,” said Amy Fettig, director of the American Civil Liberty Union’s Stop Solitary campaign. “In Santa Clara what we’re seeing is an attempt to reform the whole process.”

Long-term isolation can be so debilitating, Fettig said, that she’s had clients cut themselves “just to feel something because they’ve become numb.”

By last fall there were about 40 inmates confined to isolation cells for an average of about two months, and just 26 by December.

Smith said she remains concerned that assaults on staff are up. She said the increase is logical, however, since inmates locked in their cells virtually around the clock have little opportunity to assault anyone.

Sgt. Todd Kendrick, president of the county’s correctional officers association, attributed the increase to other less restrictive jail policies as well as the easing of solitary confinement. He and Smith both called for increased staffing.

Smith said the county fell into a pattern of protectively isolating inmates to separate purported gang members and those charged with murder and to safeguard jailhouse informants or sex offenders for fear they would be harmed. Officials sought to improve after several major incidents, including deaths in custody.

Like most jails, three-quarters or more of inmates had not been convicted of a crime and yet spent months and sometimes years awaiting trial in isolation. Under the new policy, “it’s really our philosophy to use that when it’s absolutely necessary, when there’s extraordinary risk,” Smith said.

Jail employees work to get inmates out of segregation as quickly as possible, often using a system in which inmates agree, in writing, not to assault each other.

One inmate refused for 1½ years to leave solitary because he had testified against other gang members, recalled Capt. Thomas Duran, who coordinates the program.

But he saw other longtime inmates leaving segregation and eventually agreed to try it. Rather than put him immediately in with other inmates, deputies paired him with a single inmate — then two other inmates, then four and so on.

He spent more and more time out of his solitary cell until he was fully back into the general jail population.

“We’re trying to set the inmates up not to fail,” Duran said.