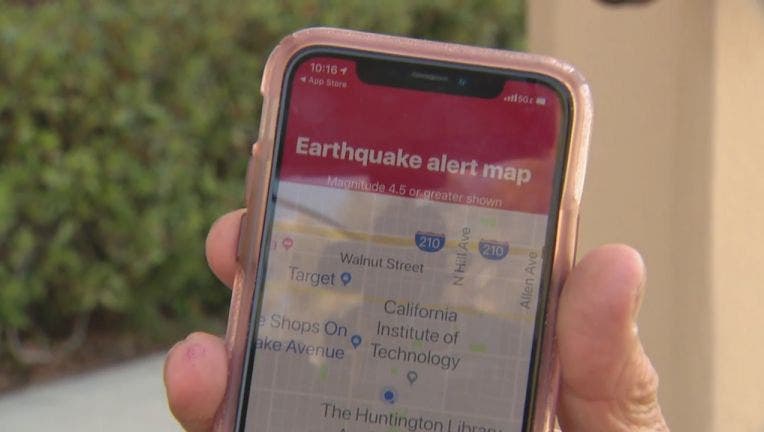 The warnings produced by the ShakeAlert system will be pushed through a smartphone app and the same wireless notification system that issues Amber Alerts.

WATCH: In Depth: The Ridgecrest Quakes: What did we learn

The  'My Shake' phone app will detect the start of an earthquake, where it is, and its intensity to areas measuring a magnitude 4.5 or greater.

When it comes to living in earthquake country, everyone knows "The Big One" will hit one day. "When" is the biggest unanswered question but knowing the "where" and "how big" may help ease the uneasiness.

The system's statewide debut coincides with the 30th anniversary of the Loma Prieta earthquake that ravaged the San Francisco Bay area on Oct. 17, 1989, as well as Thursday's annual Great Shakeout drill.

The alerts have been in development for years and last year were made broadly available to businesses, utilities, schools and other entities.

Currently, the only notification system is the one we have here in L.A. County.

The MyShake app, developed at the University of California, Berkeley, is available for download to IOS users through iTunes and through GooglePlay stores for Android phones.