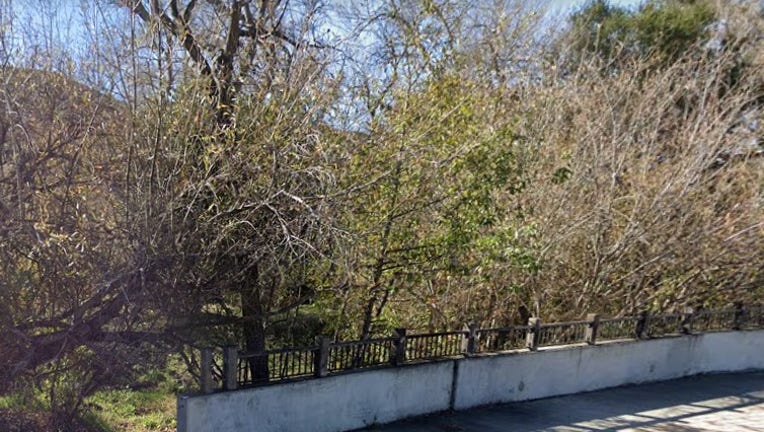 Area where a couple and their dog were found, near 3400 Sacramento Drive in San Luis Obisbo. Photo via Google maps.

SAN LUIS OBISBO, Calif. - A couple and their dog were found dead in a creek after a tragic sequence of discoveries, according to the San Luis Obispo police.

Matthew Chachere, 39, and Jennifer Besser, 36, were located under heavy brush near the 3400 block of Sacramento Drive in San Luis Obispo the night of Nov. 22. Authorities said their dead dog and a recent car crash led to the discovery of their bodies.

It all started the evening of Nov. 21 when officers responded to a single car crash in the area. They said the car struck the curb, a street sign, and the abutment of the bridge. The driver was not suspected of alcohol impairment and his car was towed.

A day later, police received a report of a dead dog in the creek of the same area of the car accident. Officers investigated the scene and tried to contact the owners of the dog, but were unsuccessful. They said they began to make arrangements for the dog to be brought to Animal Control.

Family members provided photos of the pair and their dog. Officers searched the couple's home and found it empty, with no signs of foul play.

When one dispatcher looked at the photos, they made the connection between the dead dog found earlier and the missing residents. Officers returned to the creek and discovered the two bodies around 9:45 p.m. on Nov. 22.

Police now believe Chachere and Besser were walking their dog when they were hit by the car before it crashed along a sharp turn in the road. Speed was likely a factor, officials said.

The driver, a 24-year-old man from San Luis Obispo, has been cooperating, police said.

Criminal charges will be determined after they finish their investigation, authorities said. If anyone has information about the incident they are asked to call please contact Detective Jeff Koznek at 805-594-8005.