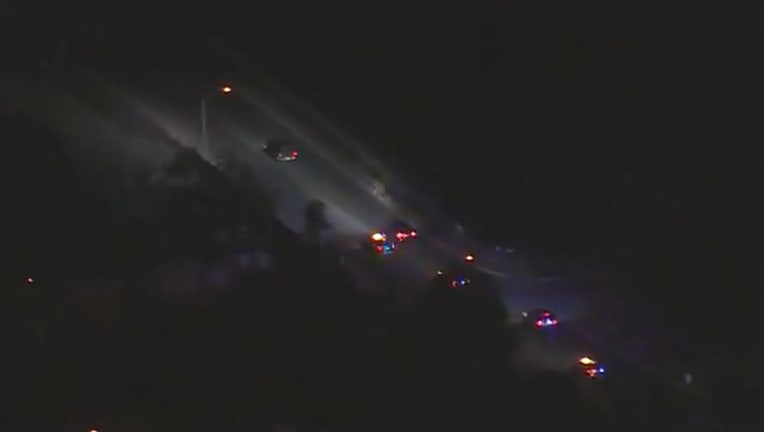 MEAD VALLEY, Calif. - Authorities were in pursuit of several individuals believed to have been involved in a burglary in Mead Valley Friday night.

At about 9 p.m., Riverside County Sheriff's Department was called to investigate a burglary at a business within the 21000 block of Harvill Avenue in Mead Valley.

Deputies eventually located the vehicle with suspects inside and attempted to pull them over. That's when a pursuit happened.

Officials say they believe the suspects were armed. The pursuit travelled through several cities in the Inland Empire.

The suspect vehicle eventually came to a stop near Antelope Road in the Menifee area where the driver abandoned the car and took off on foot.

Authorities were able to track the suspect to a nearby home and take them into custody.