BTS is a seven-member boy band from South Korea who made their world debut in 2013.

SEOUL, South Korea - South Korea’s military appears to want to conscript members of the K-pop supergroup BTS for mandatory military duties, as the public remains sharply divided over whether they should be given exemptions.

Lee Ki Sik, commissioner of the Military Manpower Administration, told lawmakers on Friday that it’s "desirable" for BTS members to fulfill their military duties to ensure fairness in the country’s military service.

Earlier this week, Defense Minister Lee Jong-sup made almost identical comments about BTS at a parliamentary committee meeting, and Culture Minister Park Bo Gyoon said his ministry would soon finalize its position on the issue.

Whether the band’s seven members must serve in the army is one of the hottest issues in South Korea because its oldest member, Jin, faces possible enlistment early next year after turning 30 in December. 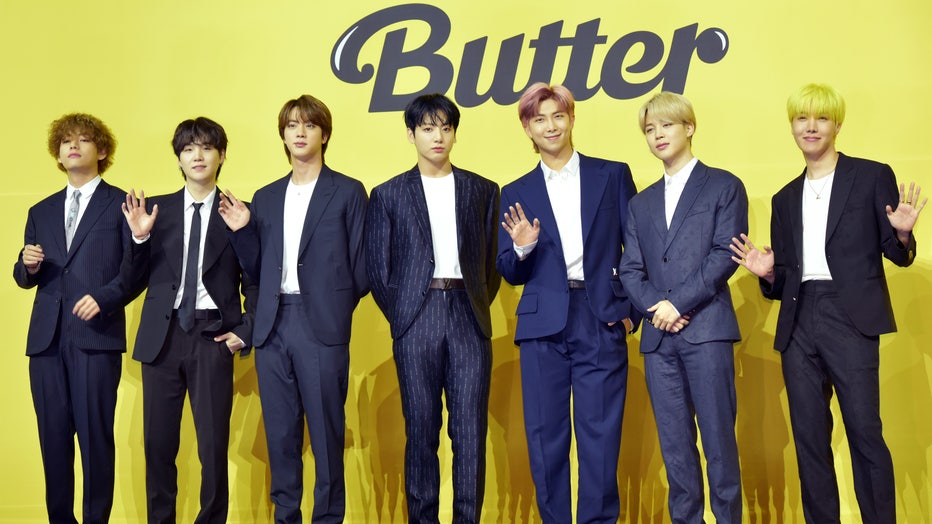 BTS attends a press conference for BTS's new digital single 'Butter' at Olympic Hall on May 21, 2021 in Seoul, South Korea. (Photo by The Chosunilbo JNS/Imazins via Getty Images)

Under South Korean law, all able-bodied men are required to perform 18-21 months of military service. But the law provides special exemptions for athletes, classical and traditional musicians, and ballet and other dancers who have won top prizes in certain competitions that enhance national prestige.

Without a revision of the law, the government can take steps to grant special exemptions. But past exemptions for people who performed well in non-designated competitions triggered serious debate about the fairness of the system.

Since the draft forces young men to suspend their professional careers or studies, the dodging of military duties or creation of exemptions is a highly sensitive issue.

In one recent survey, about 61% of respondents supported exemptions for entertainers such as BTS, while in another, about 54% said BTS members should serve in the military. 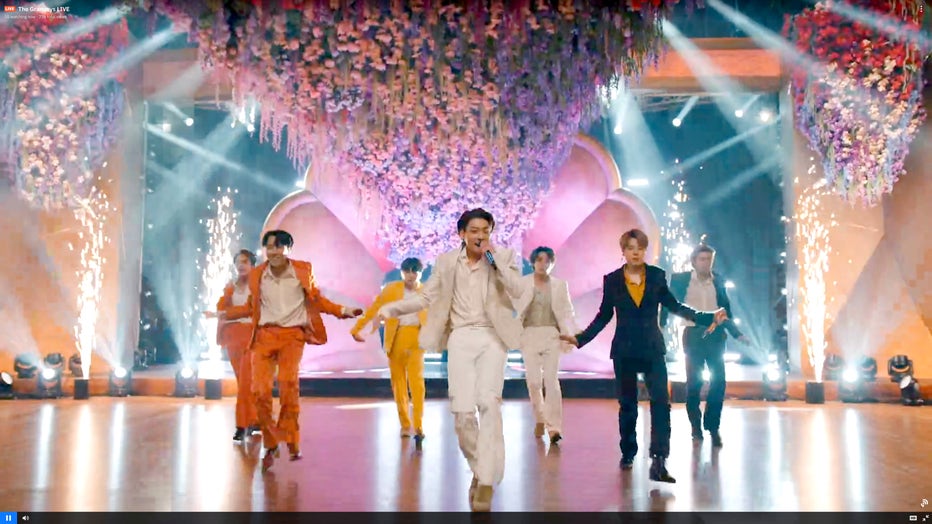 In this screengrab released on March 14, Jin, J-Hope, Suga, Jungkook, V, Jimin, and RM of BTS perform onstage during the 63rd Annual GRAMMY Awards broadcast on March 14, 2021. (Photo by Theo Wargo/Getty Images for The Recording Academy)

Several amendments of the conscription law that would pave the way for BTS members to be exempted have been introduced in the National Assembly, but haven't been voted on with lawmakers sharply divided on the matter.

Lee, the defense minister, earlier said he had ordered officials to consider conducting a public survey to help determine whether to grant exemptions to BTS. But the Defense Ministry later said it would not carry out such a survey.

In August, Lee said if BTS members join the military, they would likely be allowed to continue practicing and to join other non-serving BTS members in overseas group tours.

People who are exempted from the draft are released from the military after three weeks of basic training. They are also required to perform 544 hours of volunteer work and continue serving in their professional fields for 34 months.