If you or someone you know is having thoughts of suicide, please contact the National Suicide Prevention Lifeline at 1-800-273-TALK (8255).

The brother of a young Marine killed during the U.S. withdrawal from Afghanistan reportedly died by suicide a year later during a recent memorial service for the fallen service member.

Lance Cpl. Kareem Nikoui, 20, from Norco, California, was one of 13 American troops killed on Aug. 26, 2021, when a suicide bomber detonated an explosive outside the Kabul airport as crowds of Americans and Afghan allies sought to flee Taliban fighters taking over control of the capital city. 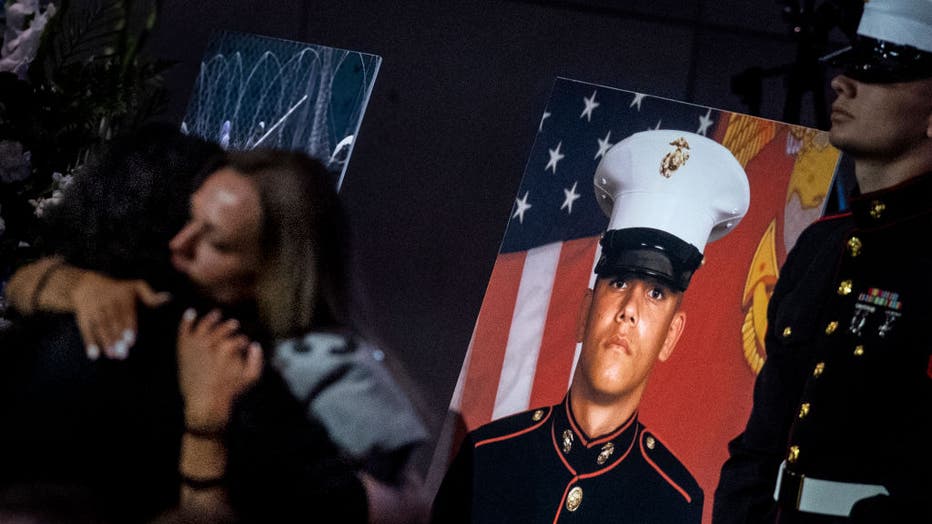 Shana Chappell, mom of slain Marine Lance Cpl Kareem Nikoui, pictured, is embraced during a celebration-of-life service for him at Harvest Christian Fellowship Church, Riverside, on Saturday, Sept. 18, 2021. He rescued three families and was going ba

"The older brother of one of the 13 KIA in Kabul recently killed himself at his little brother’s memorial," Rep. Mike Waltz, R-Fla., tweeted on Saturday, replying to a tweet by Townhall reporter Julio Rosas. "Please pray for his family. There MUST be accountability for this continued carnage."

Rosas shared a link to a GoFundMe page, writing that "Shana Chappell, who lost her son LCpl. Kareem Nikoui in the attack during the Afghanistan evacuation last year, announced her son Dakota died." Rosas’ tweet included the hashtag "#SuicideAwareness."

"Dakota Halverson was a loving son, brother and friend," Chappell wrote on GoFundMe. "Losing his brother nearly one year ago has proven too difficult to bear. Any donations for his burial and services would be greatly appreciated as he wanted to be buried next to his brother Kareem, who was killed August 26th, 2021, while serving his country. His family and I want to honor his wishes." 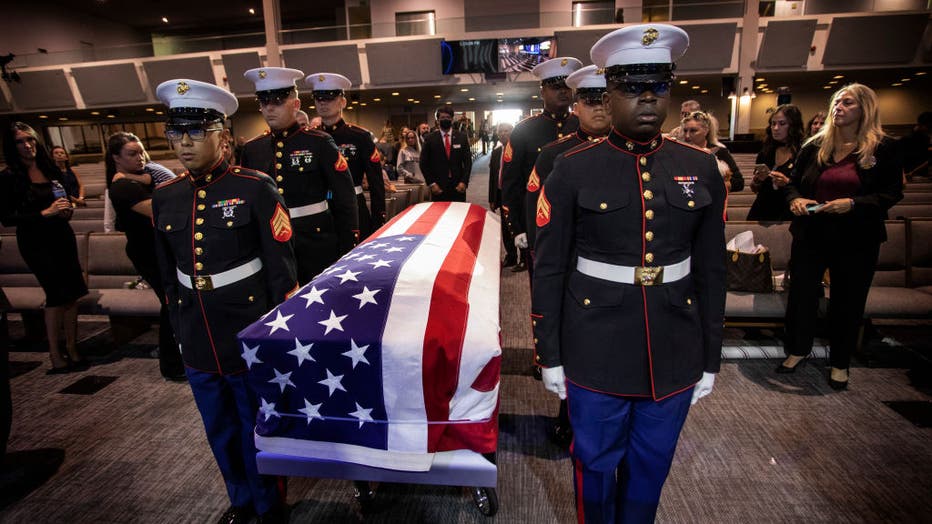 Funeral services are held for Marine Lance Cpt. Kareem Grant Nikoui at the Harvest Christian Fellowship on September. 18, 2021 in Riverside, California. Nikoui was one of 13 military personal killed during a suicide bomb attack at Hamid Karzai Intern

Chappell and the fallen Marine’s father, Steve Nikoui, have been vocal critics of President Biden’s principal military officer, Chairman of the Joint Chiefs of Staff Gen. Mark A. Milley, regarding the chaotic withdrawal from Afghanistan last August following a 20-year conflict.

Get more updates on this story from FOXNews.com.