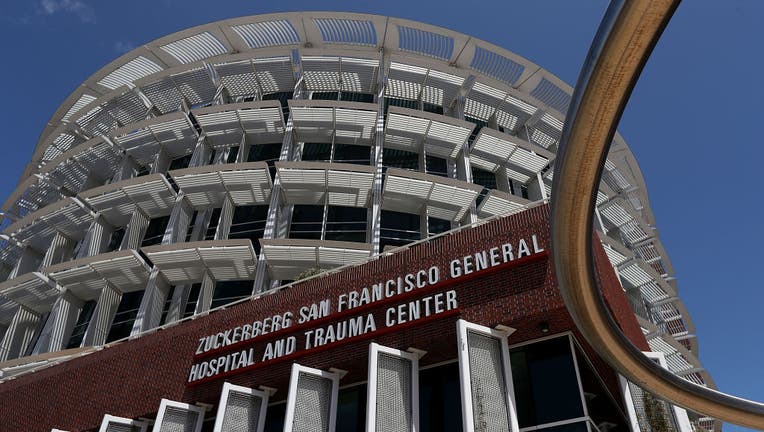 SAN FRANCISCO - A small percentage of staff members at a San Francisco hospital contracted the coronavirus, with breakthrough cases rising around the globe, largely due to the highly contagious delta variant.

Zuckerberg San Francisco General Hospital confirmed that of its 7,000 employees, 55 of them tested positive for COVID, which is .7% of the staff. About 75 to 80% of those employees who contracted the virus were also fully vaccinated, according to spokeswoman Cristina Padilla.

Padilla said none of the employees required hospitalization and those infected are in quarantine.

She added that most staff members contracted the virus through "community exposure."

"The cases among hospital staff are reflective of what’s happening in the broader community as cases have been rising," she said.

The rise in cases at the hospital mirrors what's happening in other settings such as schools, jails, and workplaces, which are are also seeing new infections.

"And in the real world, no vaccine is 100% efficacious or effective, which means that you will always see breakthrough infections regardless of the efficacy of your vaccine," said Dr. Anthony Fauci with the National Institutes of Health.

Previously, health officials believed vaccinated people who get breakthrough infections were unlikely to spread the virus.

Coronavirus cases in San Francisco shot up 81% last week compared to the week prior. KTVU's Jana Katsuyama reports on what could be behind the uptick.

But with the more contagious delta variant that is now dominant, the U.S. Centers for Disease Control and Prevention said new data shows people who get infected could carry enough virus in their noses and throats to spread it to others.

While the vaccines provide strong protection from the virus, it’s still possible to get infected with mild or no symptoms, or even to get very sick. Though, experts say the vaccines are highly effective in reducing the risk of serious illness that leads to hospitalization or death.

New infections at healthcare facilities are raising questions about whether vaccines should be mandatory in workplaces, especially hospitals.

On Monday, Kaiser Permanente announced that all its employees and physicians need to be fully vaccinated by Sept. 30.