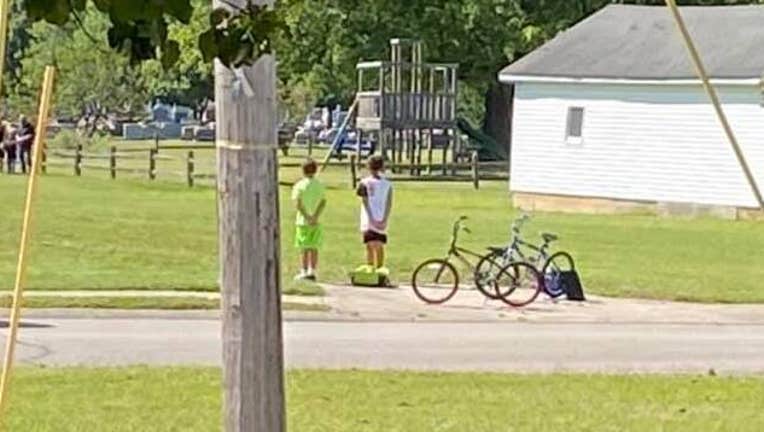 BATESVILLE, Indiana - Two boys in Indiana are getting praise across the internet after stopping in their tracks to honor a military veteran as a funeral procession was in progress.

Hornback says the boys were riding their bikes when they noticed the funeral.

"They immediately stopped riding, got off their bikes, and stood with respect as TAPS was being played," Hornbach wrote on Facebook. "I was so proud of these two young men. Their parents should be so proud, and I'm sure the serviceman was in heaven smiling down on them." 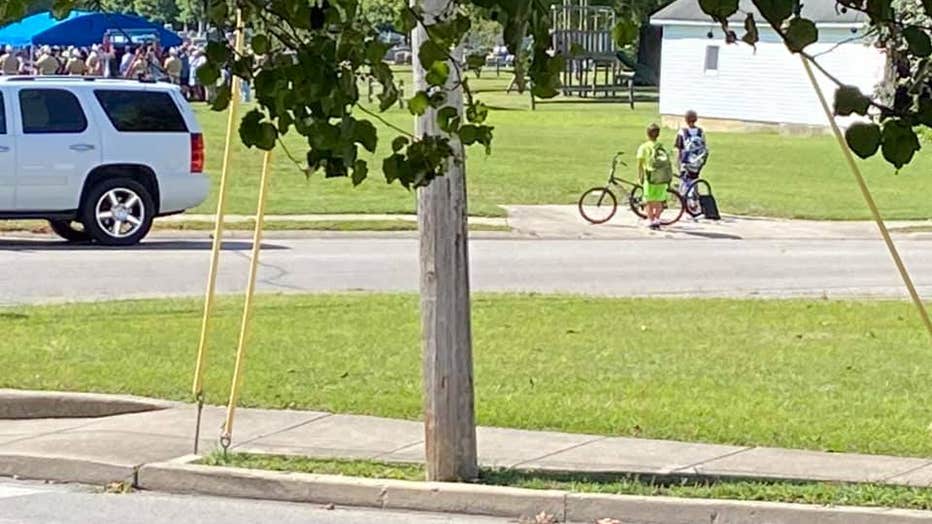 The boys are seen with their arms behind their backs standing in respect.

"It was as if they didn’t even have to discuss it before doing it," Hornback told FOX News. "They knew that’s just what you do when you come across this. It was so natural for them."

Hornbach told FOX News she too felt inclined to stand up after seeing the boys stop and look on.

"They did the gun salute and the boys jumped back in their bikes and went on their way," she said.

Hornbach said she debated whether or not to post the photos, "but with all the negative things going on, I thought this was needed."