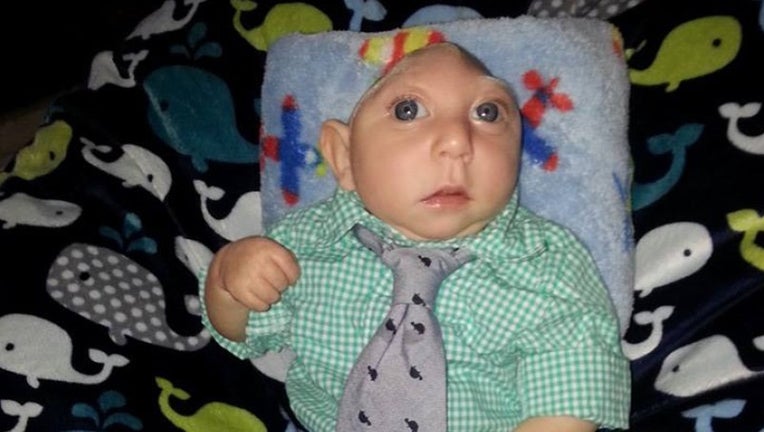 NEW YORK (FOX5NY) - An amazing little boy, who was born with an extreme incurable brain malformation has celebrated a milestone 1st birthday.

Jaxon was diagnosed with microhydranencephaly after his birth in Orlando, Florida. His parents say: "Jaxon has already shown how strong, smart, and special he is, accomplishing feats that doctors doubted he'd ever be able to do, shows improvements each and every day."

The family has set up a gofundme page to raise money for his treatment. As of Monday, it had raised more than $120,000 in a year.

"Ultimately, Jaxon will need a miracle long-term. We continue to ask for support and prayers, as it is a blessing that his Mom continues to stay home with him for constant care, nurturing and development," the family says.

The family says they have received criticism for not aborting their little boy. But the family has responded saying the decision to keep their son was "only our choice."

He has a chance to survive for many years. The family says that some children with microhydranencephaly make it into their 30s. He is beginning to walk and the family recently posted a video of him saying hi.

They say that Jaxon has most of his brain, but it just is smaller than normal.

Jaxon says "Hello" to Germany to the kids that drew him pictures!!!! You can't see our shocked and happy expressions behind the camera, but we are super proud parents to be able to witness Jaxon speaking yet again!!! Such a brilliant little man!!! #JaxonStrong