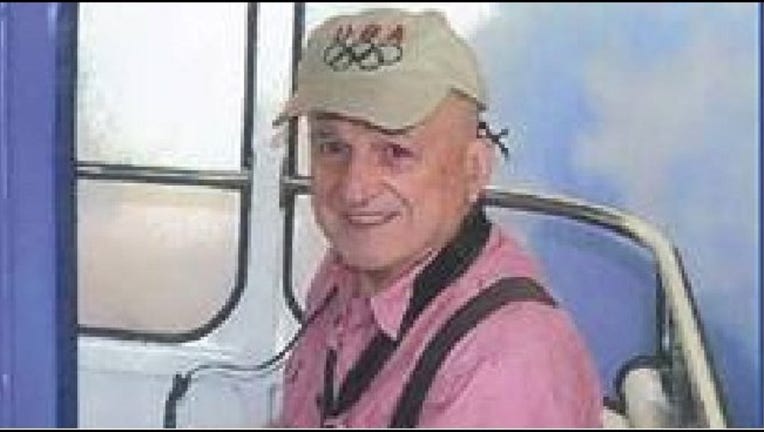 Oceanside police Lt. Leonard Cosby confirmed the body of Nickolaos Christidis, who possibly suffered from dementia, was found about three quarters of a mile from where his black 2015 Honda Civic was located on Thursday.

The remains were found near 140th Street East and Avenue I, in the desert east of Palmdale near Lake Los Angeles, according to the Los Angeles County Sheriff's Department.

Sheriff's Homicide Bureau detectives were dispatched to investigate the circumstances of the man's death, and the coroner's office was summoned to collect the remains and positively identify the dead man.

Christidis' car was found about 10 a.m. Wednesday in the area of 155th Street East and Avenue H-6 locked and stuck in the soft sand in an area not visible from the road, according to the Los Angeles County Sheriff's Department. The vehicle was located by a deputy on patrol, Cosby said.

A ground and aerial search turned up no signs of Christidis, and officials said there was no evidence of violence or foul play where the car was found.

Christidis had last been seen on July 22 at 3536 Strawberry Place near College and State Route 78 in Oceanside, according to officials. He left a note found by his daughter that said he would not be home until late.

The next morning, Christidis' ex-wife called him, and he told her he was in Escondido and would be returning home in 15 minutes, Oceanside police Lt. Leonard Cosby said.

About two hours later, the man's daughter telephoned him, and he told her he was "in the desert'' and would be home in an hour. When she tried to contact her father again that afternoon the call went straight to his voice mail, Cosby said.

Investigators later confirmed that Christidis was in the Kern County town of Rosamond, about 35 miles from Lake Los Angeles, on July 23, but there were no subsequent sightings of him.

It is believed that Christidis suffered from dementia, but according to San Diego's NBC7, he never was officially diagnosed.

This wasn't the first time he was lost, according to the station, which reported that he once ended up in Arizona.

Oceanside police traveled to the scene and assisted in the investigation.