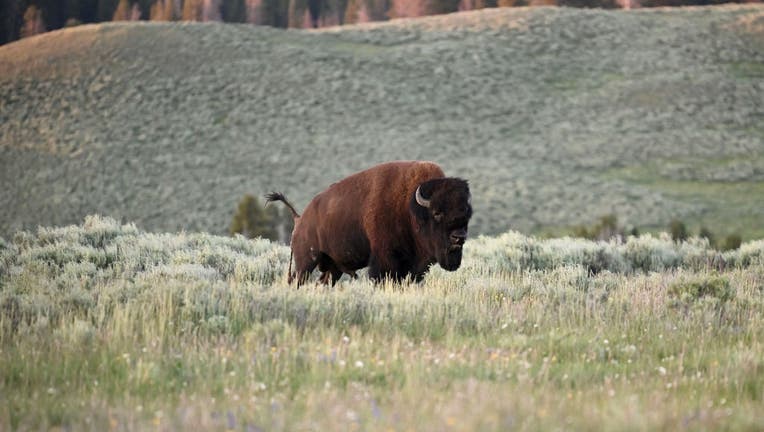 YELLOWSTONE NATIONAL PARK, Wyo. - A 25-year-old Ohio woman was gored by a bison in Yellowstone National Park after she got within 10 feet of the animal, park officials said.

The woman approached the bison on Monday morning as it was walking near a boardwalk at Black Sand Basin, just north of Old Faithful, the National Park Service said in a statement. She got within 10 feet before the animal "gored her and tossed her 10 feet into the air."

The unidentified woman, who was visiting from Grove City, Ohio, sustained a puncture wound and other injuries. Park officials said she was taken via ambulance to a hospital in Idaho.

Park regulations require visitors to stay more than 25 years away from the bison. The statement said two other people were also within 25 yards of the same bison.

The incident was under investigation, officials said. It was the first reported bison goring this year involving a visitor getting too close to the animal.

"Bison have injured more people in Yellowstone than any other animal. They are unpredictable and can run three times faster than humans," officials said in the statement.

An elderly woman trying to take a photo of a bison at Yellowstone National Park ended up hospitalized after the animal gored her.

Yellowstone National Park, located in mostly Wyoming, as well as parts of Montana and Idaho, has over 10,000 hydrothermal sites and half the world's active geysers, according to NPS. It also has abundant wildlife, including 67 species of mammals — such as bison, elk, bears, wolves and more. With many scenic wonders to enjoy, Yellowstone visitors are warned to always stay on boardwalks and trails in thermal areas and never approach wildlife. All of the park is bear habitat, including tourist areas like the boardwalks around Old Faithful.