Extra’s Billy Bush talks about the explosive new rape allegations against former Today show anchor Matt Lauer and explains the emotions he and other people who worked at NBC are feeling.

Bush and Lauer were colleagues when they worked as hosts for Today.

Bush told FOX 11 he woke up to the news and that he and the staff at "Extra!" were making a lot of phone calls and working "feriously" to get ready for the night's show.

"I hope to strike the right cord tonight," Bush said.

Bush did not offer his opinion but focused on his intent to report the information as fairly as possible.

"That's what I'm doing is asking the questions here...I'm gauging the reaction and the feelings amongst the people on my staff here, and most importantly, the women on my staff and how they feel about this and it's not one narrative...the women here feel a bunch of different ways."

Shocking allegations about  Lauer reportedly revealed in an upcoming book by Ronan Farrow drew a sharp and somber reaction from the disgraced anchor’s former colleagues on NBC’s “Today” show Wednesday. 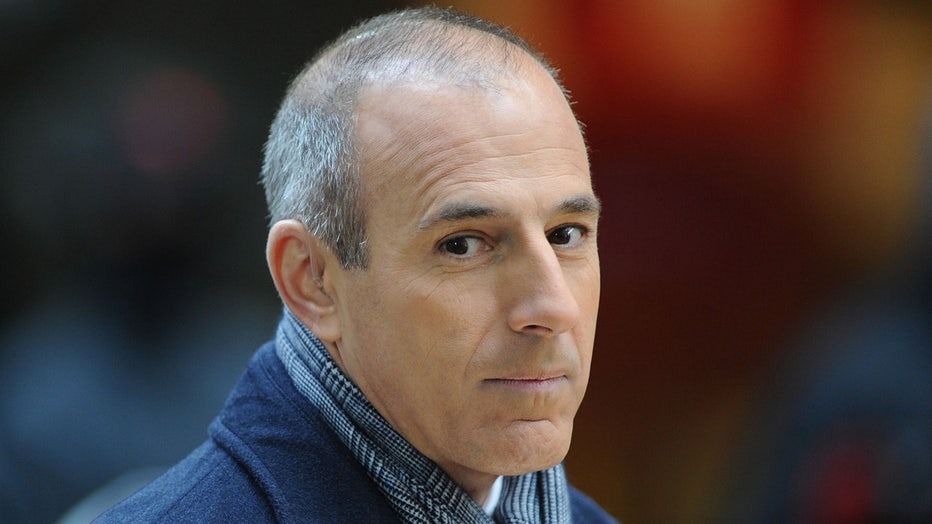 Lauer, who was fired from NBC News for sexual misconduct in 2017, is accused of new sex crimes in graphic details by Variety, which reported that the bombshell claims would be included in Farrow’s upcoming book “Catch and Kill.”

“Matt Lauer’s conduct was appalling, horrific and reprehensible, as we said at the time. That’s why he was fired within 24 hours of us first learning of the complaint. Our hearts break again for our colleague,” NBC News said in a statement that was read on air.

“Today” co-host Savanah Guthrie was clearly emotional when reporting the latest on Lauer.

“I feel like we owe it to our viewers to pause for a moment, you know, this is shocking and appalling,” Guthrie said. “I honestly don’t even know what to say about it.”

Guthrie then noted that it wasn’t easy for Lauer’s accuser to come forward and she has the full support of “Today” staffers.

“It’s just very painful for all of us at NBC and who are at the ‘Today’ show. It’s very, very, very difficult,” Guthrie added.

Hoda Kotb then indicated she was having flashbacks to the infamous moment in 2017 when the duo went on air to alert viewers Lauer had been fired for sexual misconduct.

NBC News Chairman Andy Lack, who is a key figure of the Variety report, also issued a statement that was read aloud.

"Our highest priority is to ensure we have a workplace environment where everyone feels safe and protected. We are absolutely committed to making this a reality. There can be no exception,” Lack said.

In 2018, Lauer issued a statement that denied all alleged wrongdoing, which was re-aired on “Today” on Wednesday in regards to the latest allegation.

“I want to make it perfectly clear that any allegations or reports of coercive, aggressive or abusive behavior actions on my part, at any time, are absolutely false,” Lauer said at the time in the re-broadcast clip.

NBC News did not immediately respond to Fox News’ request for additional comment.

Fox News has not seen a copy of the closely guarded book, “Catch and Kill,” which will be released on Oct. 15.