WASHINGTON - President Joe Biden and first lady Jill Biden will travel to Uvalde, Texas, on Sunday to console families and honor victims of Tuesday’s mass school shooting in which 19 children and two teachers were killed.

RELATED: Who is Salvador Ramos? What we know about Texas elementary school shooting suspect

Jean-Pierre, the parent of an elementary school student, delivered an impassioned plea at the White House for lawmakers to come together to address gun violence.

"These were elementary school kids, they should be losing their first teeth not losing their lives," she said. 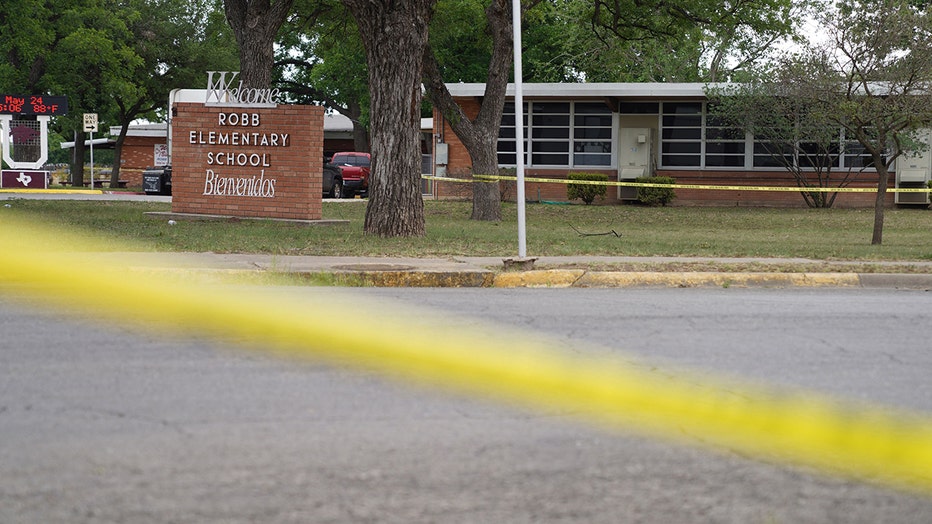 Sheriff crime scene tape is seen outside of Robb Elementary School as State troopers guard the area in Uvalde, Texas, on May 24, 2022. - An 18-year-old gunman killed 14 children and a teacher at an elementary school in Texas on Tuesday, according to

"It’s shameful that the NRA and their allies have stood in the way of every attempt to advance measures that we all know will save lives," she said.

Jean-Pierre echoed Biden, who in remarks Tuesday evening, spoke from personal experience about the pain of losing a child, and called on the country to tighten gun laws in response to the shooting.

’"When in God’s name are we going to stand up to the gun lobby?" he said. "Why are we willing to live with this carnage? Why do we keep letting this happen?"