WASHINGTON - A long-sought-after boost to the Crime Victims Fund was signed into law Thursday, shoring up funding for an institution that dates back nearly 40 years.

When President Joe Biden signed H.R. 1652, revenues collected from deferred prosecution and non-prosecution agreements can be deposited into the Crime Victims Fund. Previously, those revenues were placed into the general fund of the Treasury Department.

"This bill is going to allow us to make sure that all the fines and penalties that are from federal cases go into the crime victims fund to rebuild this fund, because it's badly needed," Biden said during a signing ceremony at the White House on Thursday.

"This is going to enable us to provide more help and support to victims of domestic violence, sexual assault, child abuse, trafficking and other crimes all across America," Biden added.

The fund was established in 1984 by the Victims of Crimes Act (VOCA). It’s not financed by tax dollars, rather using the money from federal criminal fines, forfeited bail bonds, penalties, and special assessments collected by U.S. Attorneys' Offices, federal courts, and the Federal Bureau of Prisons.

The Office of Victims of Crimes distributes the money to states, which then fund community programs benefiting crime victims — such as survivors of sexual assault, child abuse, domestic violence, trafficking and drunk driving.

As of 2020, the fund balance is over $6 billion. But Attorney General Merrick Garland told Senators last month that the fund may dwindle down to a mere $400 million at the end of fiscal 2022.

Just five years ago, the fund sat at $13 billion. 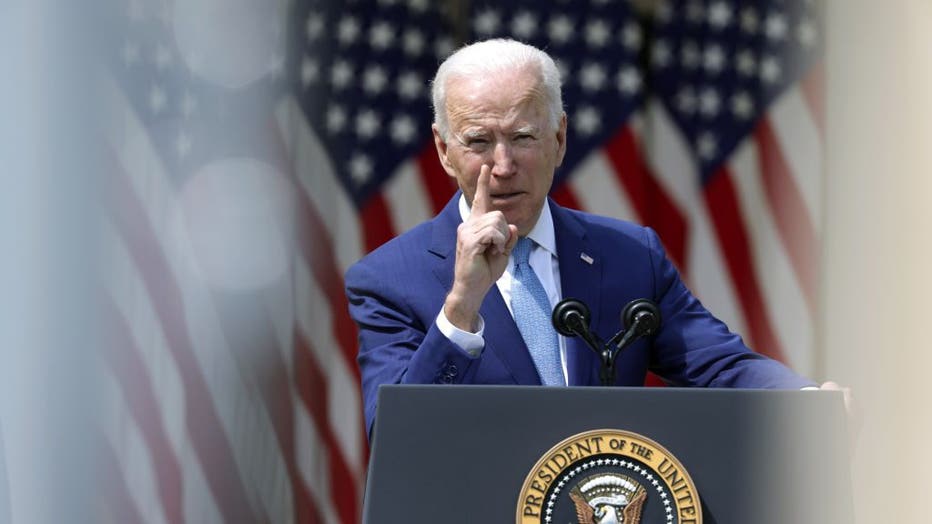 President Joe Biden speaks during an event on gun control in the Rose Garden at the White House on April 8, 2021, in Washington, DC. (Photo by Alex Wong/Getty Images)

The VOCA Fix to Sustain the Crime Victims Fund Act of 2021 aims to change that. Rep. Jerrold Nadler, D. N.Y., introduced the bill to the House on March 8. Just nine days later, it passed 384-38.

It sat in the Senate for months before making it to the floor for a vote on July 20.  Senators voted unanimously to send the bill to Biden to become a law.

"We are grateful that our bill, the VOCA Fix to Sustain the Crime Victims Fund Act, was taken up by the Senate today and passed with overwhelming support," Nadler said in a statement. This critical piece of legislation will shore up the Crime Victims Fund, ensuring that programs and services assisting victims of crime are more effective, more reliably funded and more accessible to those who may depend upon them,"

"Victims of crime and victim service providers can now rest assure that help is finally here. We now look forward to seeing the President sign this very important legislation into law," he concluded.