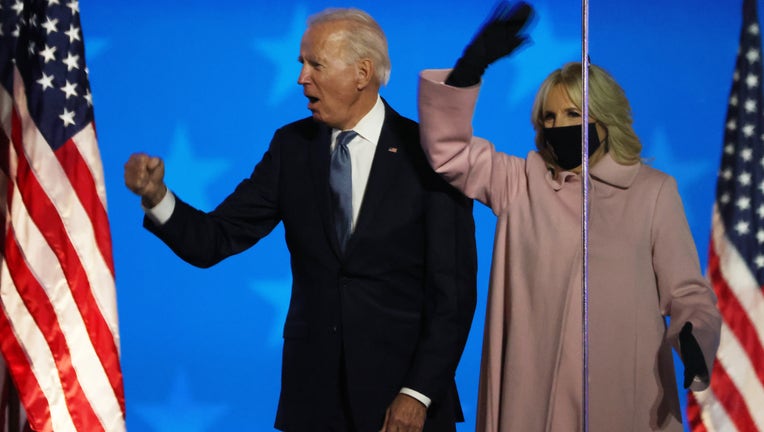 LOS ANGELES - The 2020 political cycle continues to be one for the record books as former Vice President Joe Biden hit a milestone.

Biden received the most votes for any presidential candidate in the country’s history with more than 71 million votes, according to FOX News. Former President Barack Obama previously held the record when he received 69.4 million votes in 2008.

Biden’s achievement came as multiple states continue to count their votes in the race for the White House, including Pennsylvania, Michigan, Wisconsin, Georgia, Nevada and Alaska.

While plenty of Americans voted in person on Nov. 3, more than 102 million people had already voted in the weeks prior. The election, reshaped by the coronavirus pandemic and its economic fallout, as well as a racial reckoning, prompted record early voting across the country both by mail and in-person.

Officials have stressed for months that the vote-counting timeline was expected to be delayed and that America would likely not know who won the presidential race Tuesday night. In 2016, Trump wasn’t declared the winner until early in the morning after Election Day.This year, the biggest factor that slowed things down is the sheer volume of mail ballots, which take longer to count. In states with established vote-by-mail programs, such as Washington state and Colorado, this processing happens weeks before Election Day.

But several states did not have this system in place before the pandemic and laws on the books prohibited election officials from processing the ballots well in advance of Election Day.

“It’s going to take a while,” Commissioner Ellen L. Weintraub with the Federal Election Commission predicted in August. “There are some states that are very used to it and will be able to count up all the votes very quickly. Other states are not used to having that level of absentee voting.”

“It’s more important to get it right than to get it fast,” Weintraub added.