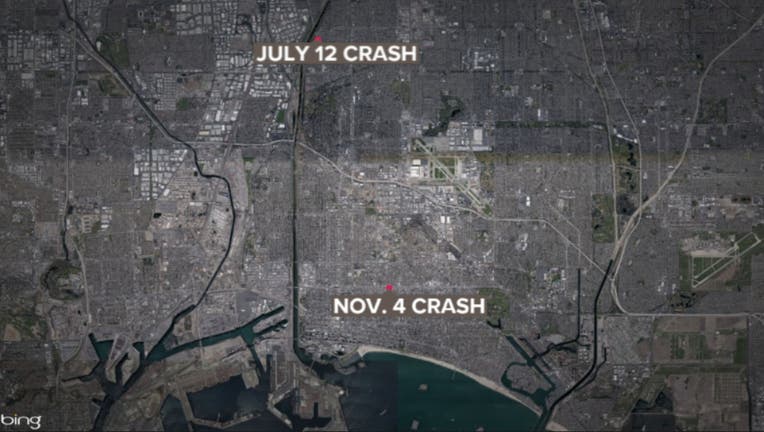 LONG BEACH, Calif. - As the year draws to a close, the Long Beach Police Department Friday asked the public for help identifying suspects in two hit-and-run crashes, including one that was fatal.

The fatal crash occurred at about 6:20 a.m. Nov. 4 in the intersection of Anaheim Street and Walnut Avenue.

Samuel Juarez Rivera, 71, of Long Beach was riding his bicycle in the east crosswalk of Walnut when he was struck by a white sedan that was westbound on Anaheim and kept going, police said. Rivera was rushed to a hospital but died Nov. 13.

A male pedestrian was left paralyzed from the neck down when he was struck by a large black Ford truck at 11:08 p.m. July 12 at Long Beach Boulevard and Ellis Street, said Long Beach police Det. Joseph Johnson.

The driver of the truck fled the scene.