WASHINGTON - Sens. Kamala Harris, Bernie Sanders and Ed Markey introduced legislation on Friday that would give $2,000 a month to many Americans who are struggling financially during the coronavirus pandemic.

The Monthly Economic Crisis Support Act would provide a monthly $2,000 check to people who make below $120,000 throughout the COVID-19 crisis and for three months after it. Married couples would receive $4,000, and parents would get $2,000 per child for up to three children.

The plan would be retroactive to March.

Harris, D-Calif., Sanders, I-Vt., and Ed Markey, D-Mass., unveiled the plan on the same day that the government jobs report for April showed the worst monthly loss on record. The U.S. unemployment rate hit 14.7% last month — the highest rate since the Great Depression. 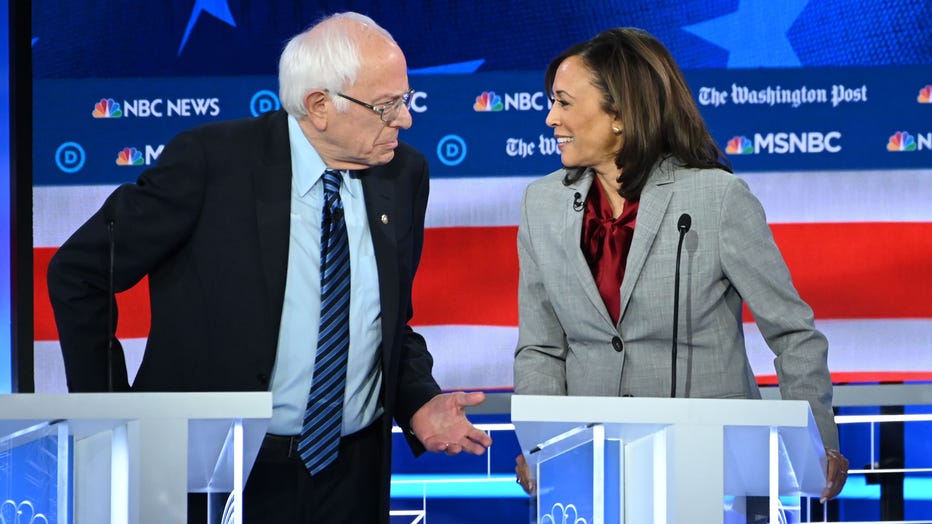 The proposal faces a likely uphill climb in the Republican-controlled Senate. The approximately $2 trillion CARES Act, which passed in late March, was the largest of the coronavirus relief bills so far and provided a one-time payment of $1,200 to most adults who earn up to $75,000 a year.

Many Republicans, notably Senate Majority Leader Mitch McConnell of Kentucky, have started to resist Democratic calls for additional aid. The GOP is especially split on how much help to give struggling state and city governments.

“As a result of this horrific pandemic, tens of millions of Americans are living in economic desperation not knowing where their next meal or paycheck will come from,” Sanders said in a release announcing the proposal. “The one-time $1,200 check that many Americans recently received is not nearly enough to pay the rent, put food on the table and make ends meet.

“A single check is not sufficient for households that are struggling during this health and economic crisis,” Markey said. “Providing recurring monthly payments is the most direct and efficient mechanism for delivering economic relief to those most vulnerable in this crisis, particularly low-income families, immigrant communities, and our gig and service workers.”

Similar solutions have been proposed by other lawmakers, including the Emergency Money for the People Act introduced last month by Reps. Tim Ryan, D-OH, and Ro Khanna, D-Calif. That plan would also give at least $2,000 a month to every U.S. citizen age 16 or older and making less than $130,000 a year. Additionally, eligible families with kids would receive an additional $500 per child for up to three children.