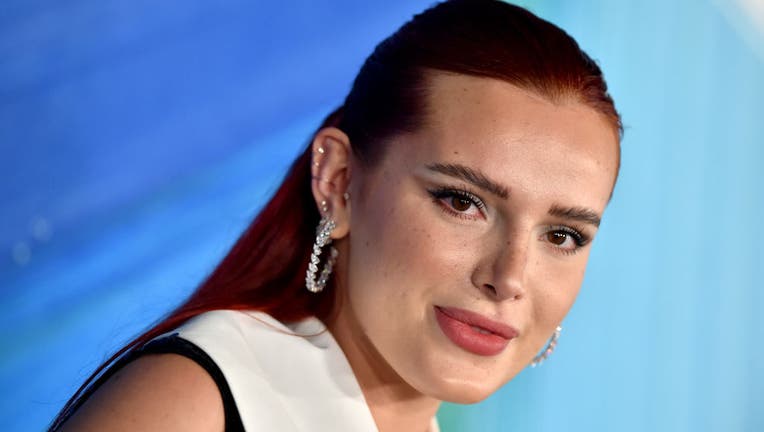 Former child actress Bella Thorne is opening up about her time on the Disney Channel and the situation that she claims almost led to her termination from the network.

"I almost got fired off the Disney Channel 'cause I was 14, and I wore a two-piece on the beach," she told Emily Ratajkowksi on the "High Low with EmRata" podcast.

"This stylist that I was hanging out with put this chain on me. It's like a body chain? I don't know! I don't care. There was a fan — they got a photo of me on the beach, I almost got fired. It was all over the media — it was literally viral in that time. And it was ‘How dare this little girl do this. This is so disgusting.'"

Thorne starred on the Disney show "Shake It Up" alongside Zendaya, premiering in 2010 when she was just 13 years old. The show lasted until 2013.

The now 25-year-old alleges the situation resulted in her receiving blame and claimed that Disney was "under pressure to fire me. And obviously, Disney didn't fire me."

A representative for the Disney Channel did not immediately respond to Fox News Digital's request for comment.

"But also," she continues of the network, "They were like, ‘Hey, we're getting a lot of heat for this, everyone's getting heat for this because you're in a bikini on the beach, so she needs to make sure she goes out in boy shorts and a loose T-shirt next time she's at the beach.'"

Ratajkowski then pointed out, "But also, they want you to look hot on the red carpet."

In the past, Thorne has been outspoken about wanting to rid herself of her Disney persona.

In an interview with Fox News in 2021, Thorne said, "After Disney, I had the opportunity to find my true self, and that is reflected in all my work from acting, producing, directing, and writing. I have more artistic freedom to continue to express myself."