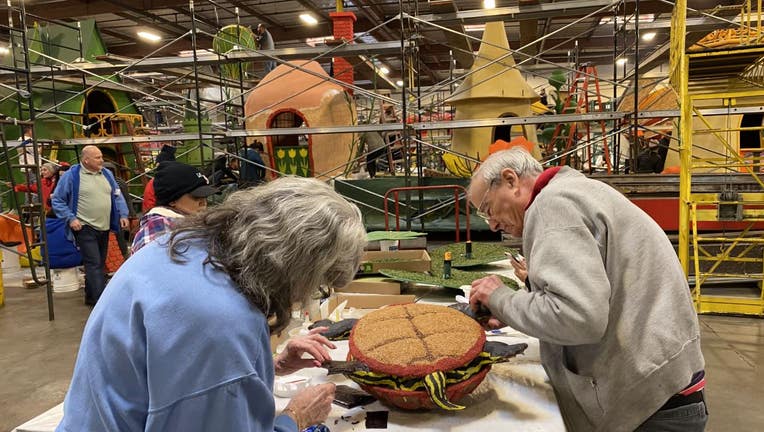 IRWINDALE, Calif. - Thousands of volunteers are working around the clock… putting on the finishing touches to dozens of floats that you can expect to see in the 2020 Rose Parade.

Get a behind-the-scenes look at the hard work that goes into making the Rose Parade floats.

It’s known as Deco Week -- from as early as 4 a.m. to as late as 11 p.m. volunteers are cutting, painting and cluing items onto floats, making sure every inch looks picture perfect.

The Rose Parade is an iconic event in the Los Angeles area and draws millions of viewers each year. The parade debuted in 1890; Valley Hunt Club members, led by Charles Frederick Holder, sponsored the first Tournament of Roses.

Many prepare to descend on Pasadena for annual Rose Parade

Planning for the Rose Parade is a yearlong process. In the end of January, just weeks after the parade, organizers are drafting deigns for the upcoming year. They begin building the massive floats in the summer and by mid-October decorating will begin. But it isn’t until the week before the New Year that all the fresh natural products get added onto the float. The beautiful fresh flowers are the very last items to go on.

“Each float takes about cumulatively probably 10,000 people hours this week to finish, so you’ll have people working 24 hours a day at some point as we get later in the week,” said Will Ostedt with Fiesta Parade Floats.

“The funny thing about this is you don’t have weeks to prepare you really have a week and it’s this week and it’s decorating week. You can do some stuff ahead of time but this is crunch time right now, no matter how much you plan it always comes down to one week,” Ostedt added. 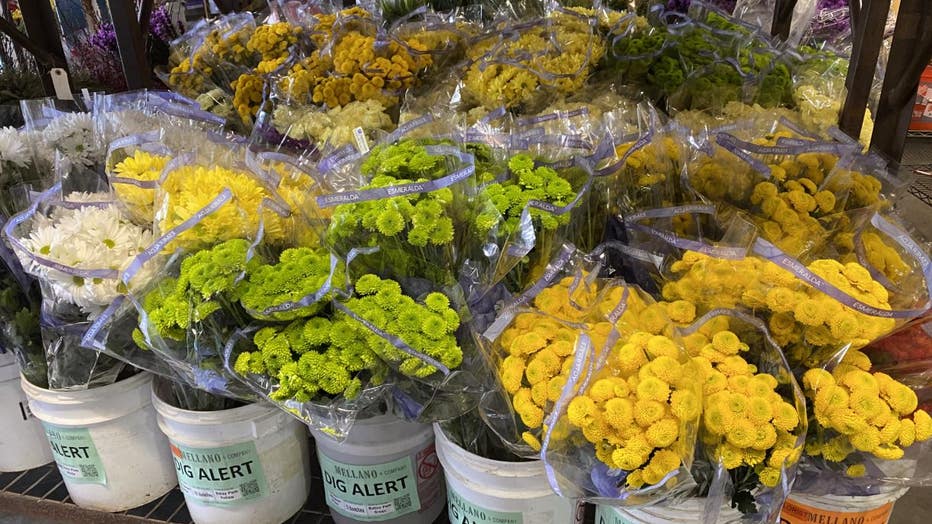 Most of the volunteers are local residents of Southern California but many come from the East Coast and even other countries to help decorate and be part of the experience.

Volunteers often work in four to eight shifts… doing everything from painting, cutting flowers, cluing seeds, welding and so much more. 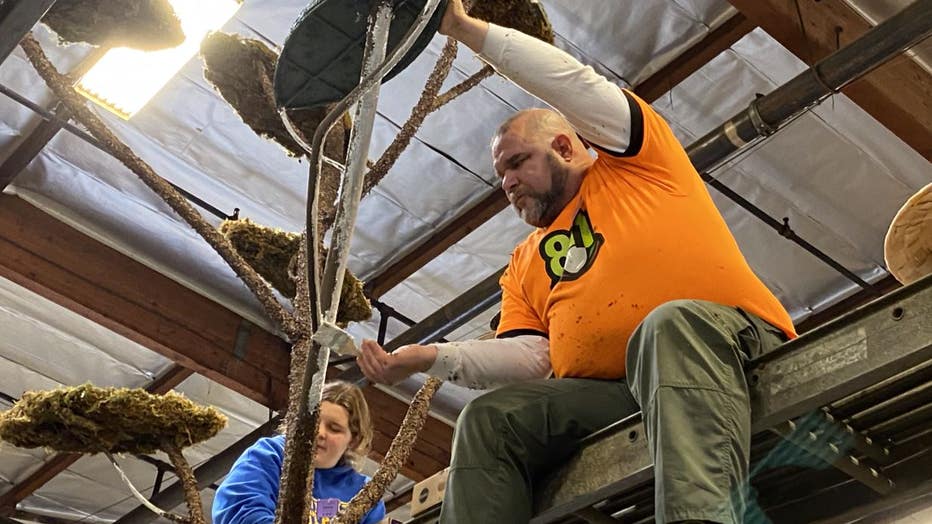 Many volunteers say working on the floats give them a different perspective on the parade and appreciate it much more.

“My favorite part about decorating it is seeing it live and seeing it with my family and telling them I decorated it,” said 11-year-old volunteer Grace Reynolds. It’s her first time decorating floats and she plans to be back next year.

“Doing all the various flower colors and the contrast and the painting of the clue. It’s the detailed kind of work that appeals to people who like detail, so it’s fun,” said Chip Dyson who has been volunteering for the past two years. 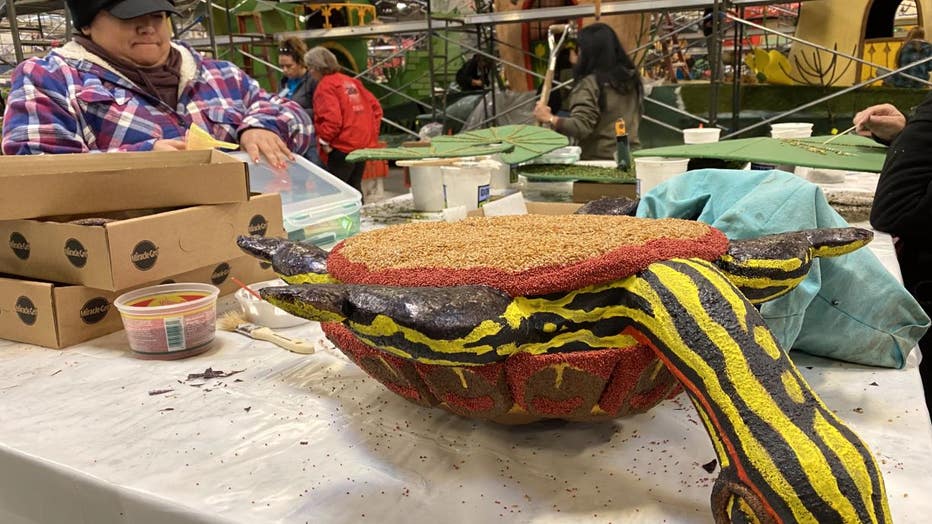 Each float has a story and message to share with the public. Below are a few fun facts on each float: 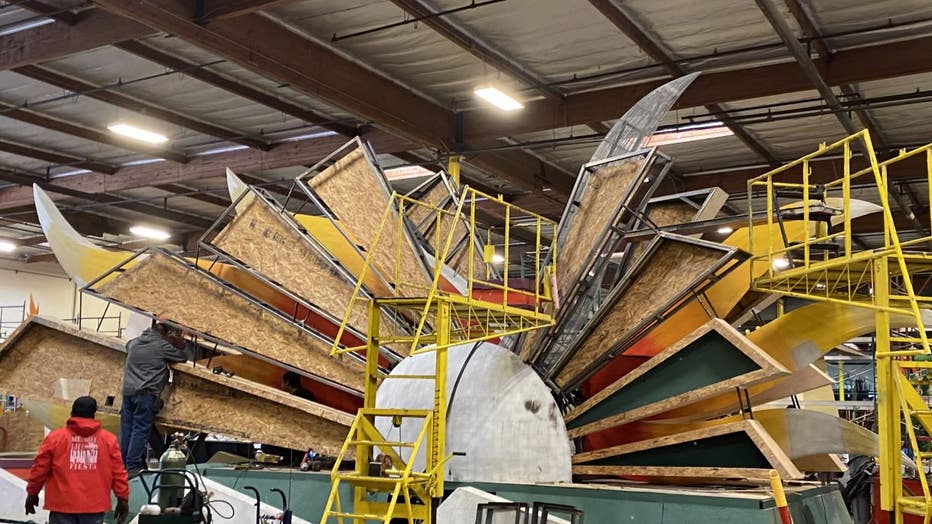 City of Torrance:
• The float was crafted by a local high school student who won a design contest.
• Float designers say the theme depicts the Pine Wind Garden.
• The koi fish are created with orange and yellow lentil beans, white sweet rice and black chive seeds.
• The trunk of the bonsai is covered in cranberry leaves and the trunks of the cherry trees in malaleuca bark. 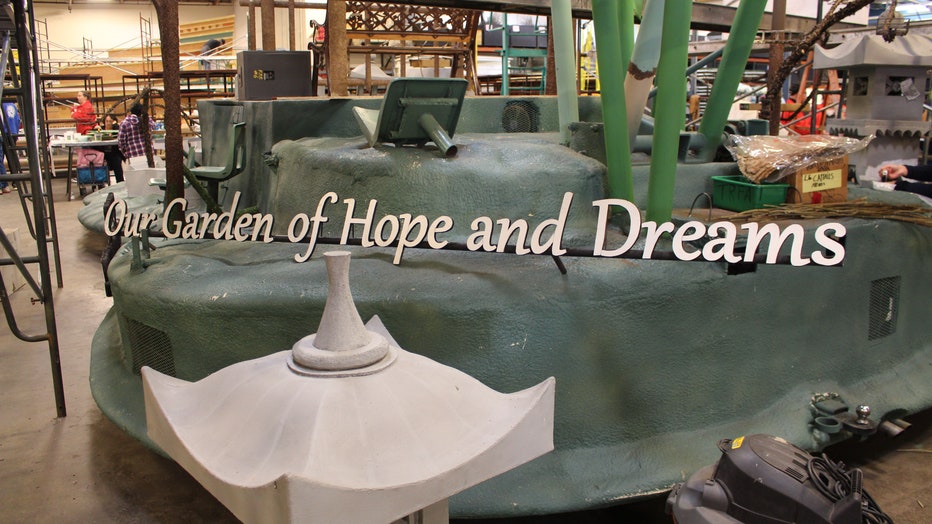 The UPS Store Inc:
• The float’s theme, “Stories Change Our World,” brings to life the story of a family of golden lion tamarins.
• The float shows the tamarins’ community, as well as several other animals living in harmony with one another.
• Over 25,000 deep, rich, and dark pink Cherry-O roses are intertwined throughout the gardens. 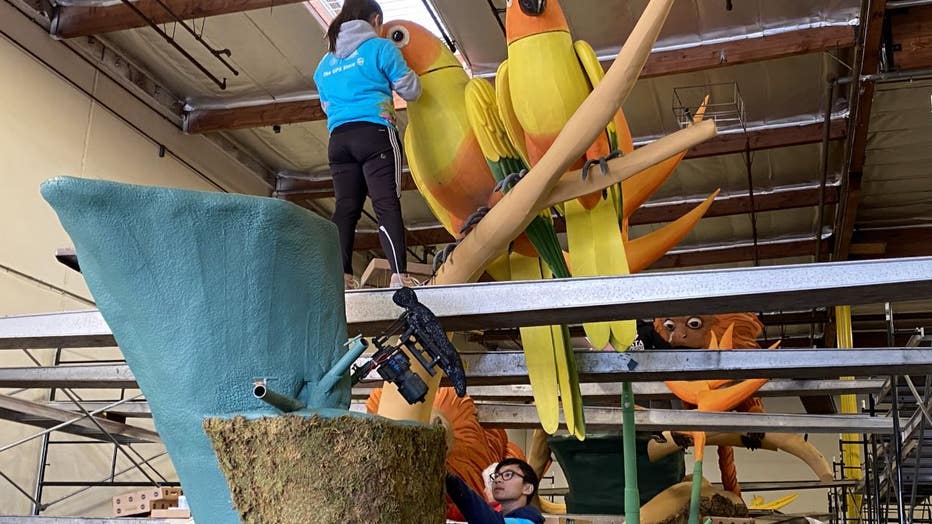 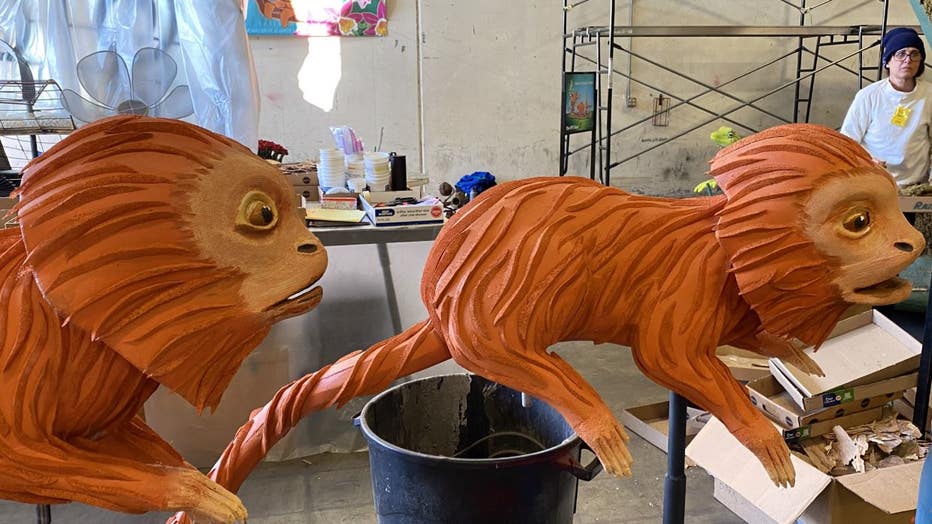 Kaiser Permanente:
• The float’s theme, “Courage to Reimagine,” is based on the book “The Wonderful Wizard of Oz.
• More than 12,000 coral Movie Star roses complete the rose gardens.
• The chimneys were created from orange dehydrated carrot and red bell pepper. Details on the buildings include red ilex berries, red bell pepper, green parsley, and orange lentil seed. 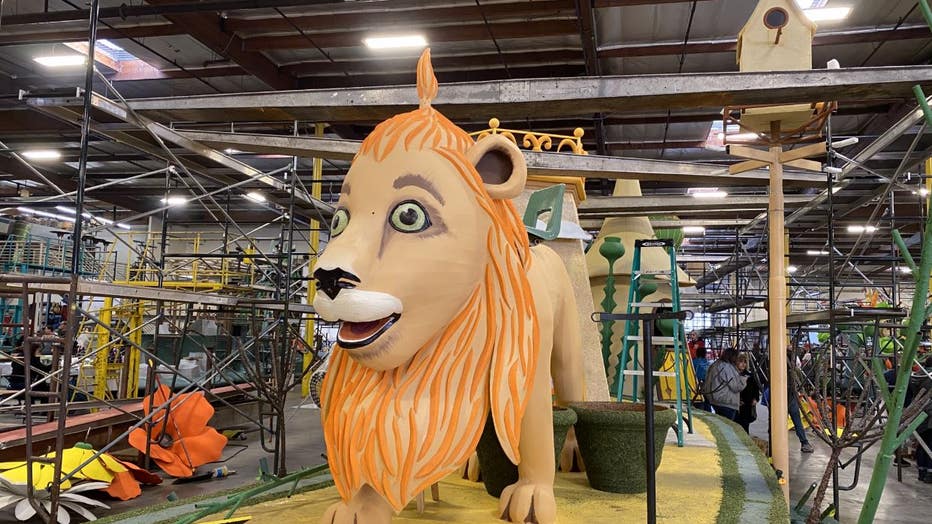 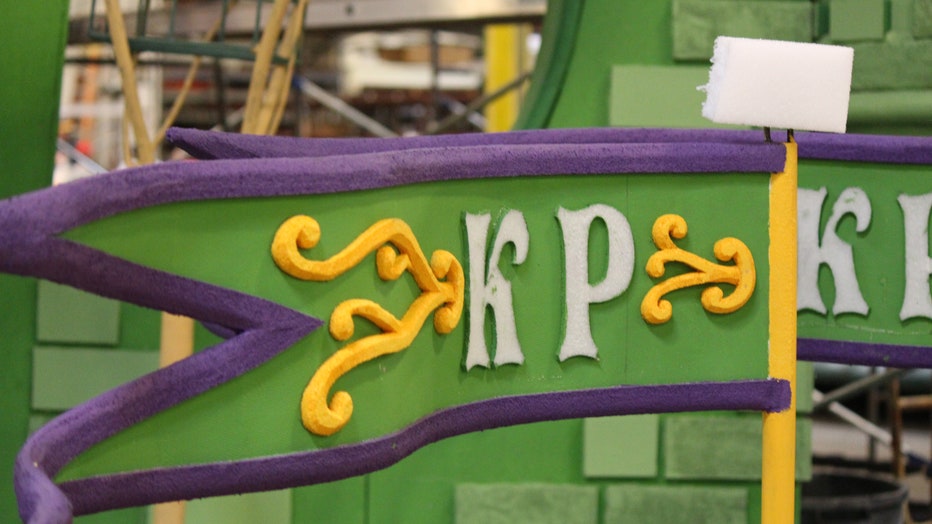 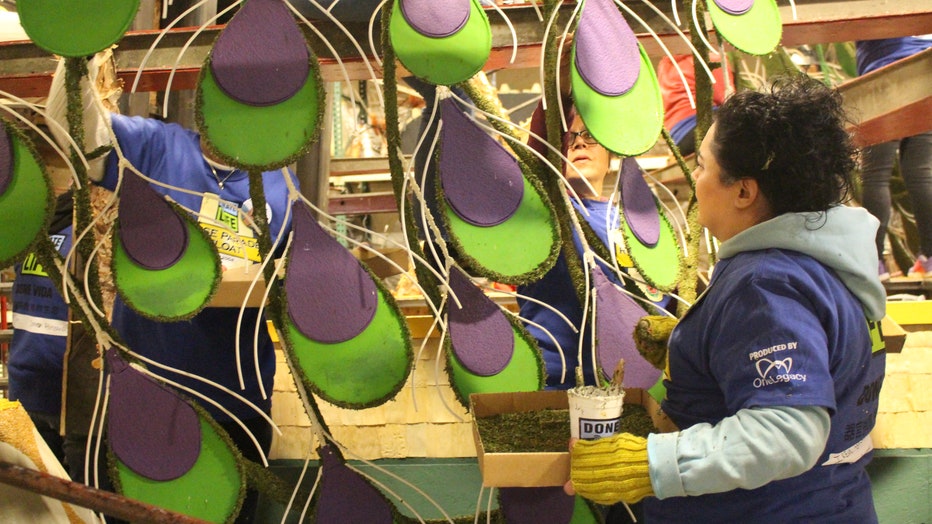 Northwestern Mutual:
• This fun float features llamas vacationing in a tropical paradise and enjoying the water as they race down the lazzy river.
• The theme of the float is “Spend Your Life Living”.
• 20,000 light and dark blue irises, white roses and dendrobium orchids are used to create the water along with white coconut chip waves. 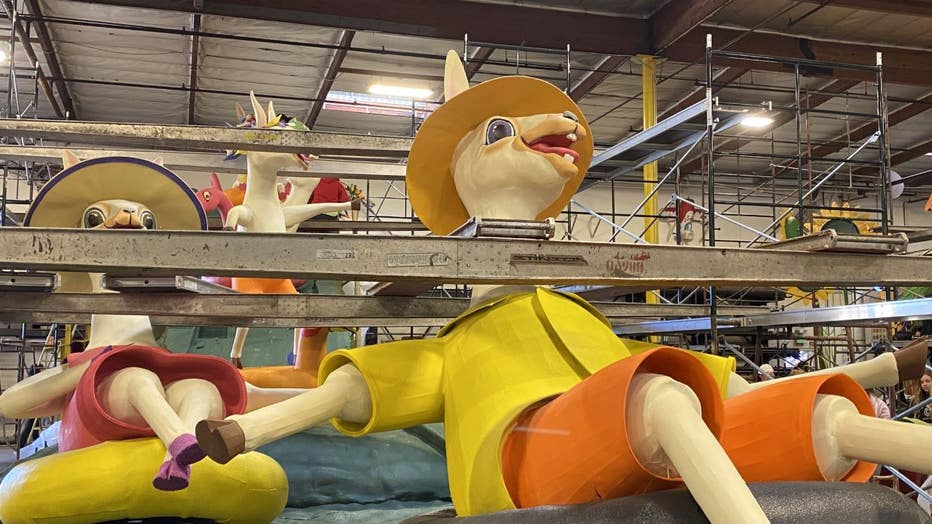 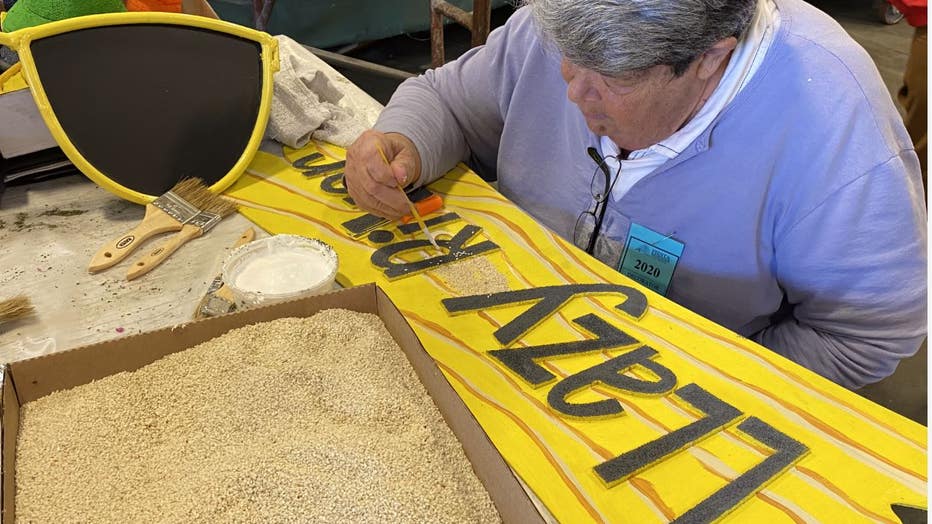 General Society of Mayflower Descendants:
• This float will commemorate the 400th anniversary of the Mayflower at Plymouth in 1620.
• Most of the volunteers helping to decorate the float are direct descendants of passengers on the Mayflower.
• Rolled oats, ground nutmeg and cinnamon create the sail detailing. 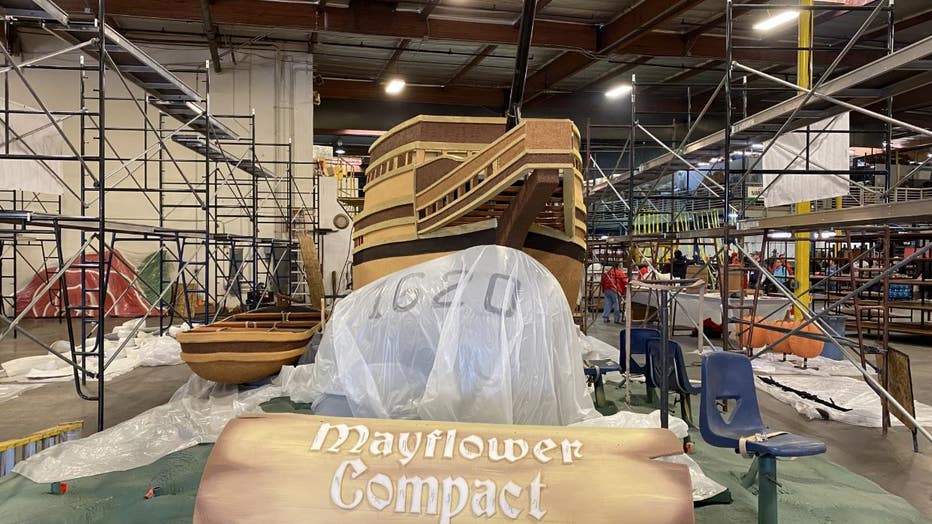 Underground Service Alert:
• Organizers say their float brings humor to a serious catastrophe, which serves as a reminder for people to always contact 811 before digging on their property.
• The float features animals working as construction workers to build a new community pool.
• All the animals are animated; their heads turn side to side and their arms go up and down. 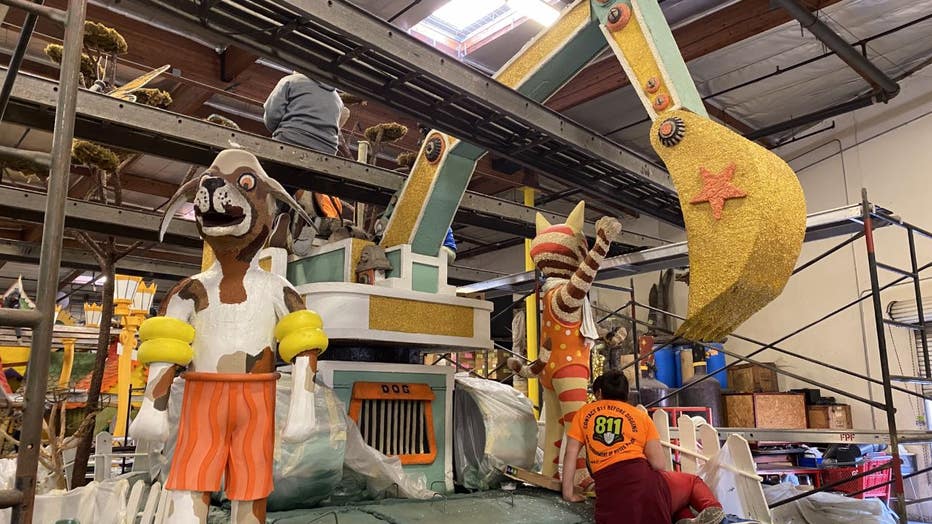 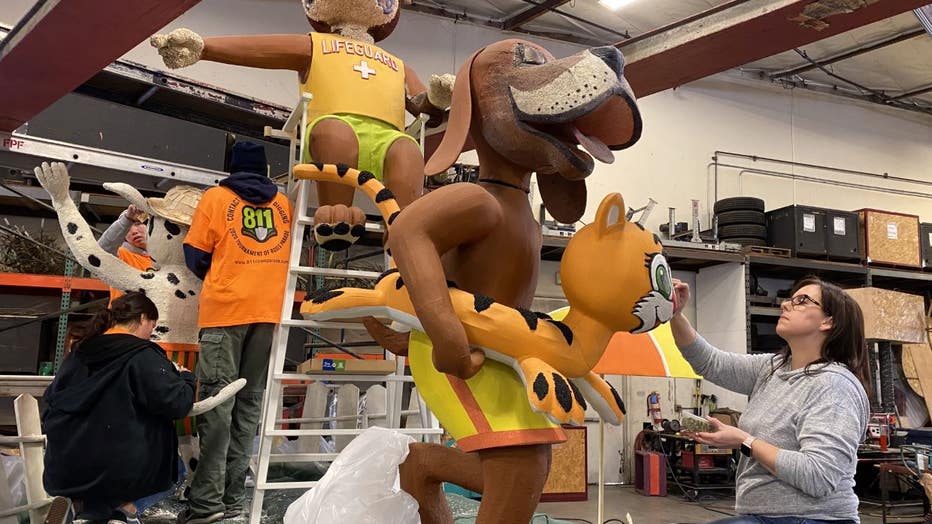 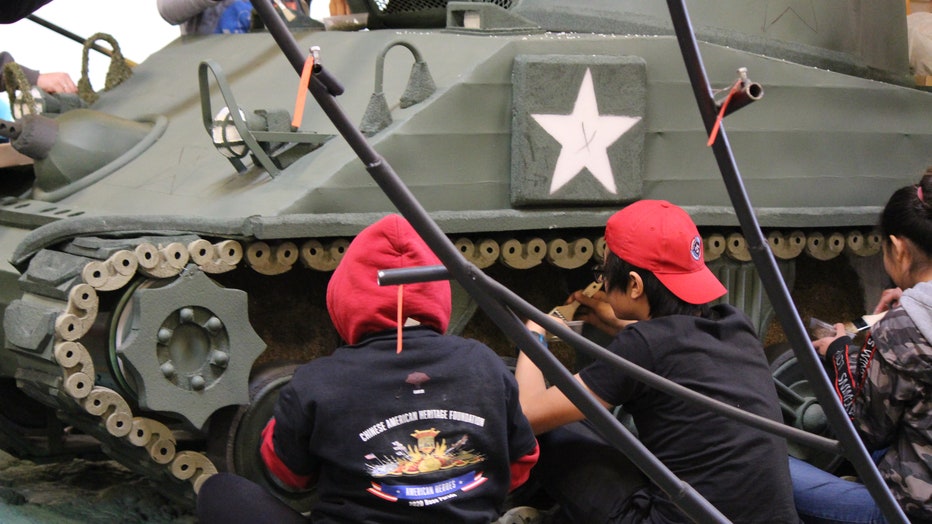 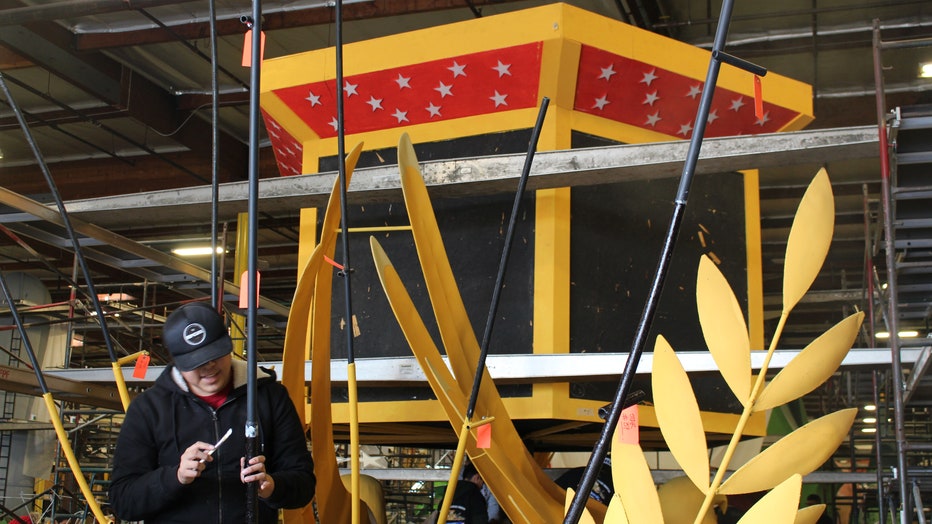 AIDS Healthcare Foundation:
• The float “Hope for the Homeless” is dedicated to raising awareness of the homeless crisis as well as the issue of affordable housing.
• Float designers say there is a cobblestone path on the float which leads to a community of repurposed floral houses for low income and houseless families.
• The roof shingles were created by using eucalyptus, cobra leaves, and ironed cornhusk. 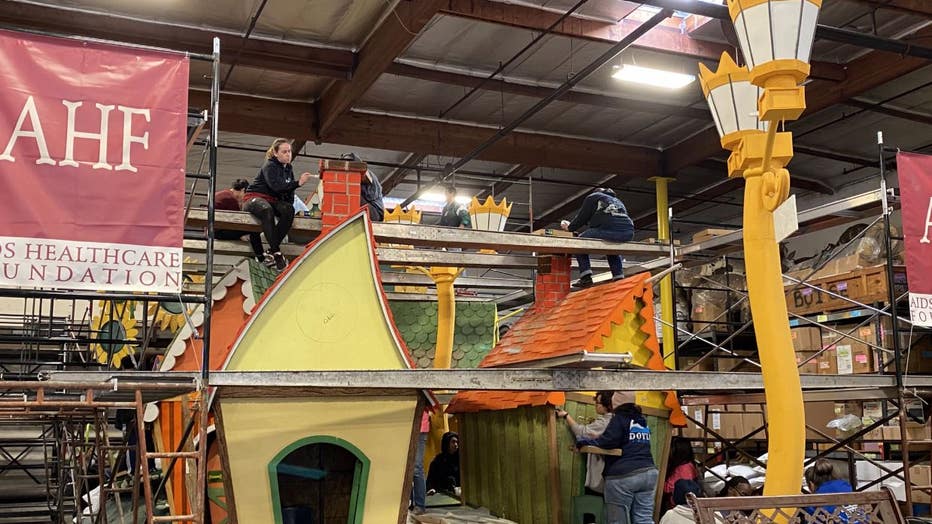 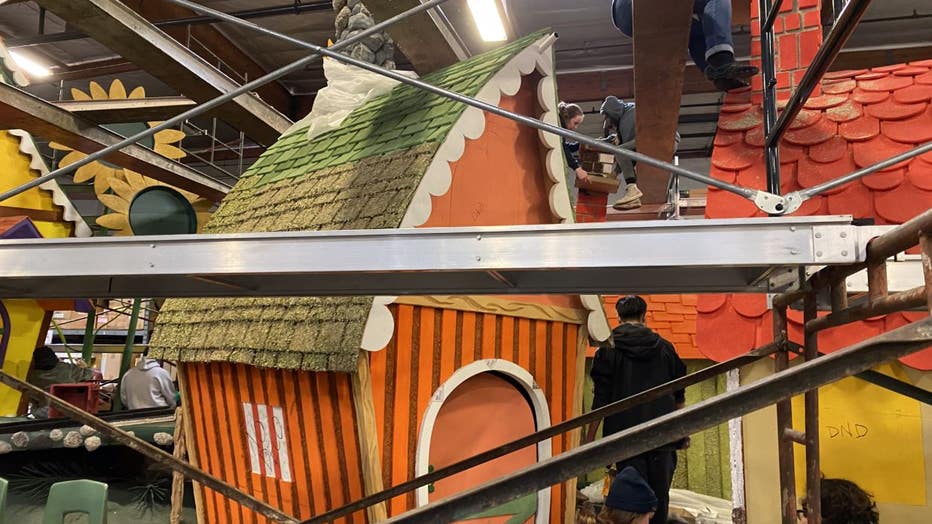 Chipotle Mexican Grill:
• This float pays tribute to farmers and the future of farming.
• The float is decorated with several edible materials which showcase some of the 51 real ingredients used in Chipotle foods.
• The tractor is decorated with red carnations, the tires are made with black onion seed and the rims are mad with pinto beans, soybeans, and black beans. 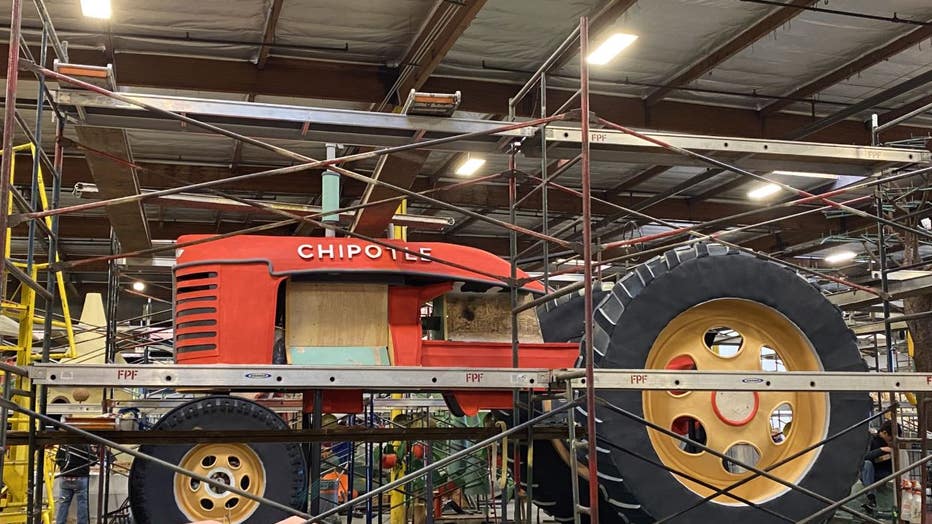 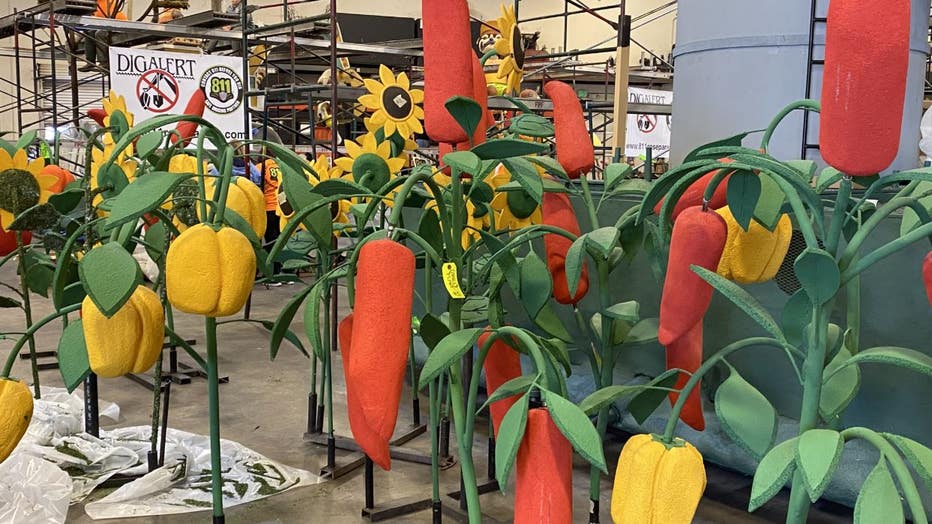