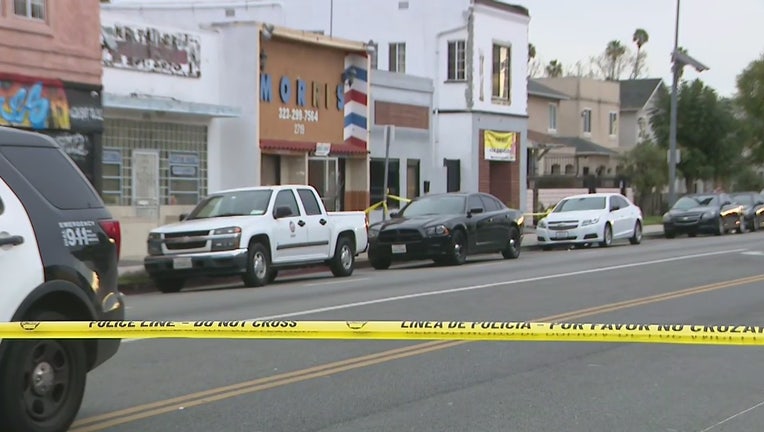 LOS ANGELES - Police Monday continued to investigate the deadly shooting of a barbershop owner who was killed inside his own shop in South Los Angeles, officials said.

The call to the Los Angeles Police Department came in around 8:30 p.m. Sunday reporting a man down at Morris Barbershop located on Vernon and Sixth avenues, near Leimert Boulevard. It is believed the caller and the victim were related.

Arriving LAPD officers found the barbershop owner suffering from at least one gunshot wound. He was pronounced dead at the scene.

His name has not been released by authorities and was described as a 37-year-old man.

A 37-year-old man was fatally wounded at the barbershop he owned in South Los Angeles Sunday night, police said.

A description of a suspect or suspects was not available.