Authorities Wednesday rescued a dog that was locked inside a vehicle in Reseda, where temperatures were nearly 90 degrees, video from Citizen App shows.

RESEDA, Calif. - Authorities Wednesday rescued a dog that was locked inside a vehicle in Reseda, where temperatures were nearly 90 degrees.

The Los Angeles Police Department received a call for service around 12:50 p.m. and responded to the 8000 block of Lindley Ave. 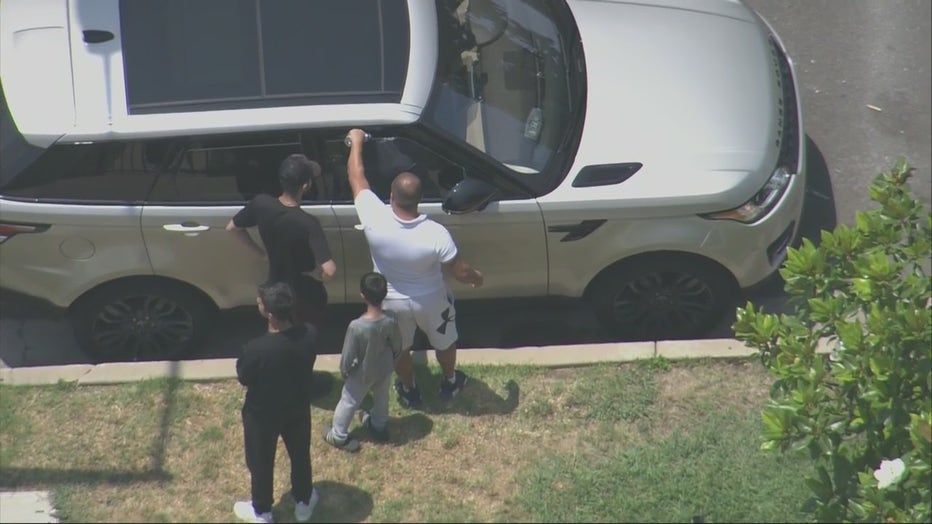 Good Samaritans try to give the dog water. (FOX 11)

LAPD's ground units arrived around 1:20 p.m. but they were unequipped to rescue the dog. Not long after, firefighters and a tow truck arrived to assist with gaining access to the vehicle.

Almost an hour after the first 911 call reporting the dog locked in the car, authorities were able to pry open one of the doors of the vehicle and free the dog.

The German Shepard appeared to be uninjured and was seen smiling and rolling around after being rescued.

The pup was later transported to the West Valley Animal Shelter.

Residents in the area who noticed the dog locked in the vehicle said they saw the vehicle parked on the street on Tuesday night but they didn't notice the dog in the vehicle until Wednesday afternoon.