Several brands and celebrities have pledged donations in support of causes fighting for racial justice.

CHICAGO - Aunt Jemima syrup, pancakes and other products are getting a new name and logo amid criticism that its branding perpetuates a racist stereotype.

Quaker Oats, a subsidiary of PepsiCo, has owned the 131-year-old Aunt Jemima brand since 1926. It announced Wednesday that the company recognizes that "Aunt Jemima's origins are based on a racial stereotype.“

The brand features a black woman named Aunt Jemima, inspired by the mammy stereotype popular in minstrel shows in the late 1800s.

The character was first portrayed in 1890 by Nancy Green, “a storyteller, cook and missionary worker,” according to a timeline on AuntJemima.com. The picture has evolved over time, including in 1989 when the character was given “a contemporary look (with) pearl earrings and a lace collar.” 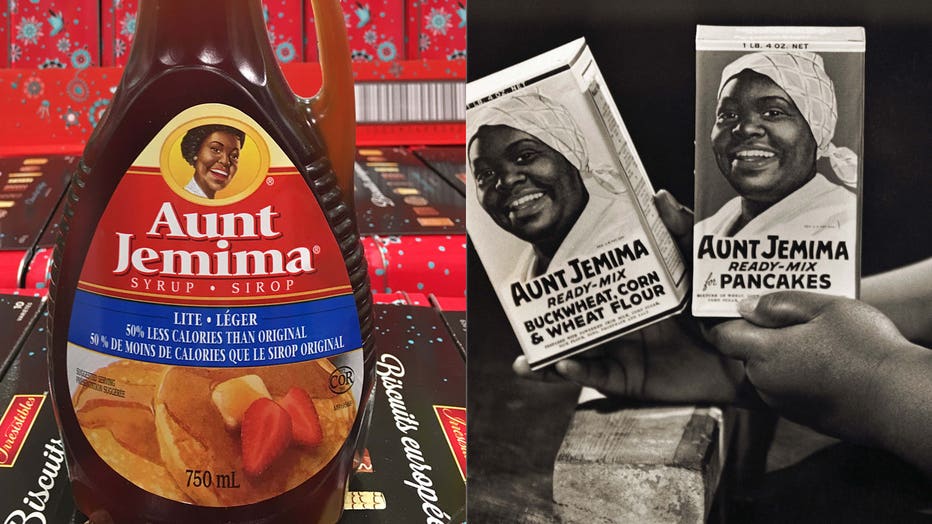 “We are starting by removing the image and changing the name,” Kristin Kroepfl, vice president and chief marketing officer of Quaker Foods North America, said in a statement. “We will continue the conversation by gathering diverse perspectives from both our organization and the Black community to further evolve the brand and make it one everyone can be proud to have in their pantry.”

PepsiCo said consumers will see packaging changes without the Aunt Jemima image in the fourth quarter of 2020. The name change will be announced at a later date.

The decision comes amid a national reckoning regarding racial injustice in America following the death of George Floyd in police custody on May 25 in Minneapolis. Floyd’s death triggered protests in cities across the country and internationally against police brutality and systemic racism.

“We recognize Aunt Jemima’s origins are based on a racial stereotype," Kroepfl added. “As we work to make progress toward racial equality through several initiatives, we also must take a hard look at our portfolio of brands and ensure they reflect our values and meet our consumers’ expectations.”

PepsiCo said the Aunt Jemima Brand will donate a minimum of $5 million over the next five years "to create meaningful, ongoing support and engagement in the black community."

Hours later, Uncle Ben’s rice owner Mars Inc. said in a statement that it would "evolve" the brand, "including its visual brand identity."

Similarly, Land O'Lakes announced earlier this year that it would no longer use the Native American woman on its packages of butter, cheese and other products, opting instead for just a landscape. The image had been on the company’s label for nearly 100 years since it was founded in Minnesota in 1921.