Dozens of people held a rally in Manhattan to denounce violent attacks against Asian people.

NEW YORK - A Queens woman who was hit in the head with a rock in a random attack the day after Thanksgiving has died, her family confirmed during a news conference Tuesday.

QuiYing Ma, 61, was sweeping outside her apartment when Elisaul Perez, 33, approached her and smashed her in the head with the rock, said police.

The incident occurred just after 8 a.m. on 89th Street in Jackson Heights.

Ma, who was originally from China, was taken to Elmhurst Hospital where she remained in critical condition before dying on Feb. 22.

Former U.S. Attorney General Loretta Lynch says the death of QuiYing Ma, 61, was the result of another crime of "fear and hatred."

Police were investigating the incident as a hate crime.

At the time, Perez was arrested and charged with first and second-degree assault and criminal possession of a weapon.

A GoFundMe page to help pay for her medical expenses raised $200,600 as of Tuesday.

Ma was survived by her husband, a son, and two grandchildren.

Ma's family held out hope for a recovery after she responded with movements when prompted by her husband in the hospital.

Speaking through a translator, Zhanxin Gao recounted his interaction with his wife.

"On the day I went to the hospital to visit her I noticed that day her right hand could move, and also her right leg could move a little bit on that very day," said Gao. 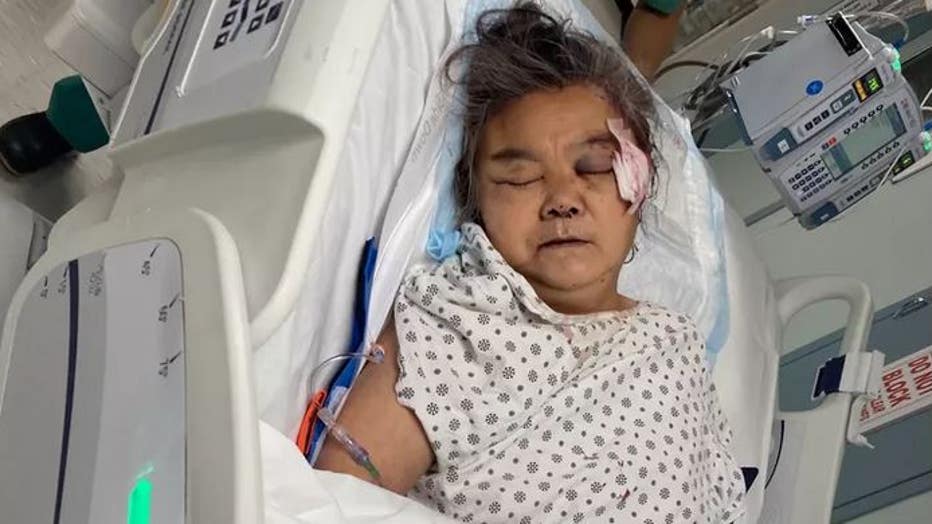 Former US Attorney General Loretta Lynch, a member of the law firm representing the Ma family, addressed the media during the briefing.

"We are here today to support them in their loss but also to shed a light in the rise of hate crimes we are seeing across this city and across this country," said Lynch. "This has led to unimaginable pain and loss in so many communities."

Last month, a Brooklyn man who allegedly punched an elderly Asian American woman in the face in an unprovoked attack and later told police that "Chinese people are not supposed to be in this country," was indicted on hate crime charges.

Hundreds of New Yorkers rallied in Chinatown against the rise in violent crime against Asian-Americans.