Everything you need to know about a pandemic as the coronavirus continues to spread.

Health officials are concerned that the coronavirus, which has infected more than 20,000 people across 26 countries and killed more than 420 people, is going to become a pandemic.

While it’s a word that is sure to spread panic to even the least health-conscious, many among the public may not know what exactly is a pandemic, the factors that constitute or define a pandemic, or the who are the global health officials that work to stop the spread of a virus.

Here are the need-to-know factors about pandemics:

According to the World Health Organization (WHO), a pandemic is “the worldwide spread of a new disease.”

Because the coronavirus has spread across countries and oceans, it has been fueling fears of a pandemic. The WHO declared the novel coronavirus outbreak to be a public health emergency of international concern, a reality that the organization says the world may not be ready for.

What are examples of recent pandemics?

The spring of 2009 saw the emergence of the deadly (H1N1)pdm09 virus. In that very first year it circulated, the CDC estimates the virus was responsible for killing anywhere between 151,700 to 575,400 people worldwide.

On June 11, 2009, WHO declared that the world was facing a pandemic and a virus that could not be contained; the number of countries reporting cases nearly doubled in a manner of days. By June 19, 2009, all 50 United States and the country’s territories saw cases of the 2009 H1N1 infection.

How ready is the world for a pandemic?

Dr. Tedros Adhanom Ghebreyesus, WHO's director-general, said that “last year, the Global Preparedness Monitoring Board published its first report, which concluded the world remains dangerously unprepared for a global pandemic.”

Tedros emphasized that there is a lack in funding for “preparedness.” He recalled a year ago when he declared the Ebola outbreak in the Democratic Republic of Congo a public health emergency.

“So far, more than 1 billion U.S. dollars has been spent trying to stop the Ebola outbreak in DRC. By comparison, just 18 million dollars was spent on preparedness in Uganda. But when Ebola did cross the border, they were ready, and stopped it.”

He said the world operates through a cycle of “panic and neglect” in which millions of dollars are thrown at an outbreak that is quickly forgotten about once it’s over.

“We forget about it and do nothing to prevent the next one,” said Tedros.  However, director-general added that after visiting Beijing last week, he felt impressed with the countries handling of the outbreak.

“If we invest in fighting at the epicenter, at the source, then the spread to other countries is minimal and also slow,” he said.

What are health officials doing to stop the spread of the coronavirus? 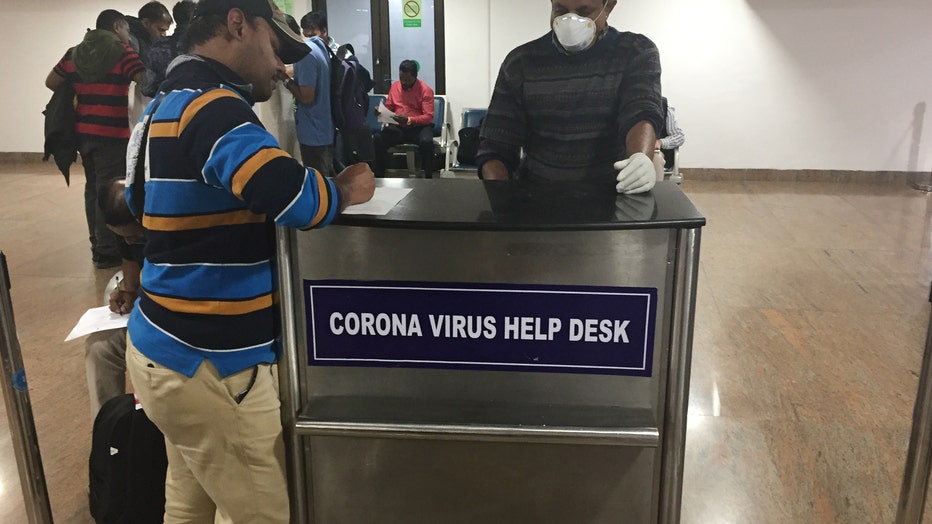 FILE - Tourists in India complete declarations stating they have not recently traveled to China and that they are not experiencing any symptoms of the Wuhan coronavirus.

Many places are on lock down following the virus’ outbreak. In China on Monday, the National Symphony Orchestra cancelled two concerts in Beijing and one in Shanghai next month.

Delta Air Lines and American Airlines announced last week that it would suspend all flights to and from China, while the CDC has implemented health screenings for arrivals at various airports in the U.S. on Jan. 17.

What can the public do?

In the United States, the Centers for Disease Control and Prevention has offered some seemingly straightforward advice: “Stay home when you are sick.”

That’s easier said than done for the tens of millions of workers in the United States who don’t have paid sick days or who operate in a “tough-it-out” workplace culture. This gap is a big problem when a disease like the coronavirus can be spread with as little as a cough.

While the novel coronavirus seems to check all the boxes for a pandemic declaration, Tedros is assuring the public that the virus is “still first and foremost an emergency for China,”

Tedros tweeted on Tuesday that 99 percent of coronavirus cases are coming out of China, with 97 percent of the deaths specifically in Central China’s Hubei province.

Spread of the virus been exponential in China, but beyond the Asian nation’s borders, the number of cases remained under 150 as of early February.

“Instead of spending time on fear and panic, we should say this is the time to prepare,” Tedros said. “Because 146 cases, by any standard, is very low.”

The Associated Press contributed to this story. This story was reported in Los Angeles.