PHOENIX (AP) - An Arizona man who stormed the U.S. Capitol on Jan. 6 while wearing a Roman gladiator costume and narrated the melee in videos for his mother has been arrested, authorities said.

Nathan Wayne Entrekin, 48, told the FBI that former President Donald Trump inspired him to drive more than 2,000 miles to Washington for the rally on Jan. 6, according to court documents filed this week.

Entrekin documented his movements in and outside the building in cellphone videos in which he addressed his mother, who wasn’t at the Capitol, authorities said.

Entrekin said in the videos that he was dressed in the gladiator costume to portray Captain Moroni, a figure from the Book of Mormon who sought to defend his people from another group that wanted to overthrow democracy and install a king, court records say. 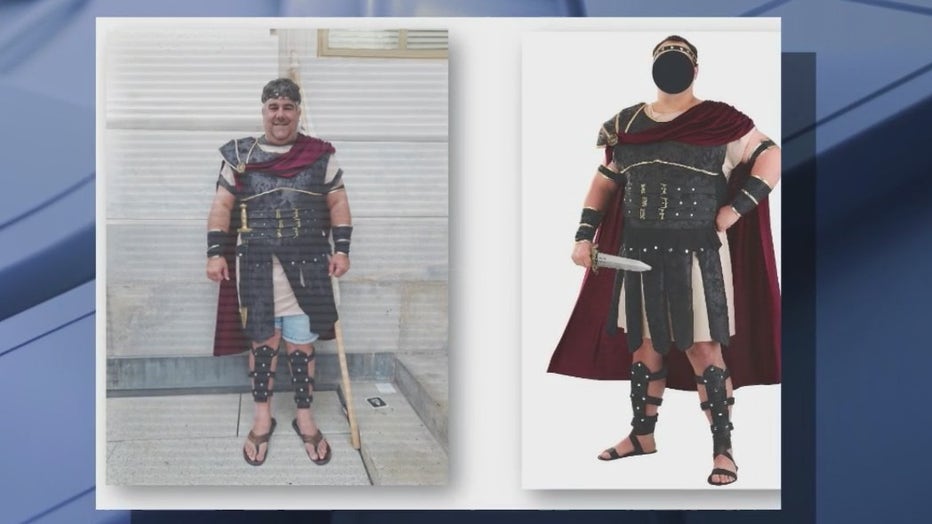 Court records didn’t list a lawyer for Entrekin, and he doesn’t have a listed phone number.

Entrekin, who was arrested on July 15 in Cottonwood on two misdemeanor charges, is among more than 500 people charged with federal crimes in the Jan. 6 attack.

At least eighteen people have pleaded guilty, including two members of the far-right Oath Keepers militia group who admitted to conspiring with other extremists to block the certification of President Joe Biden’s victory.

Entrekin is scheduled to appear in a federal courtroom in Flagstaff on July 20.

Another Arizona man arrested in connection with Capitol Riot

Extended Coverage of the Capitol Riot